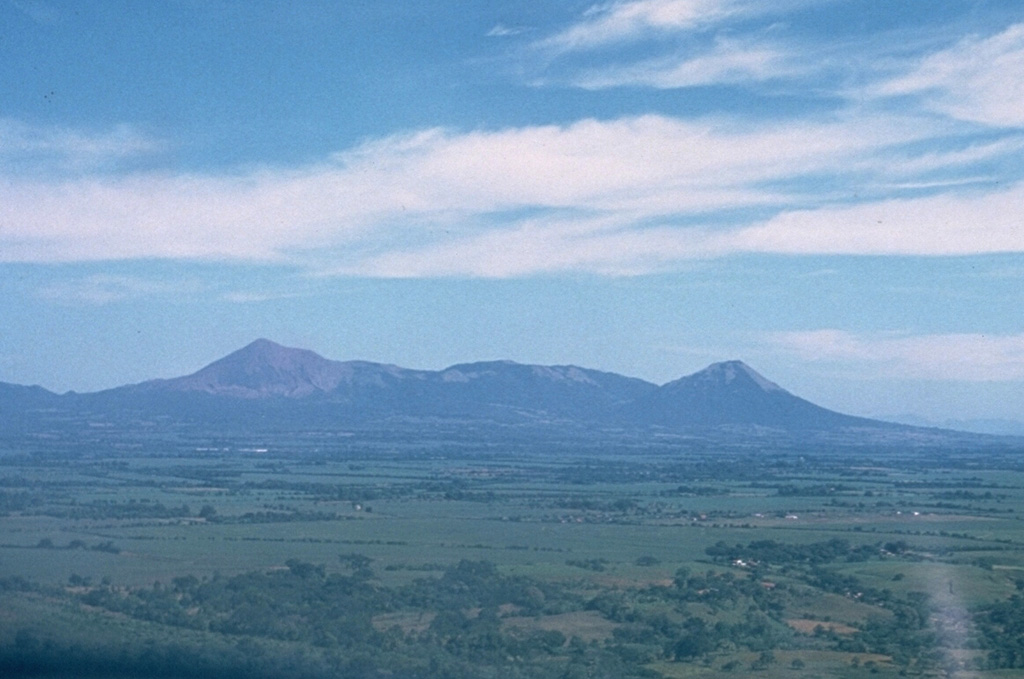 This low-angle aerial view from the south shows the profile of the Telica volcanic complex, which consists of several interlocking cones and vents with a general NW alignment. Telica itself, the high peak at the left, is a steep-sided cone with a 700-m-wide double crater. El Liston, immediately E of Telica (at center), has several nested craters. Santa Clara volcano is the symmetrical cone at the right.