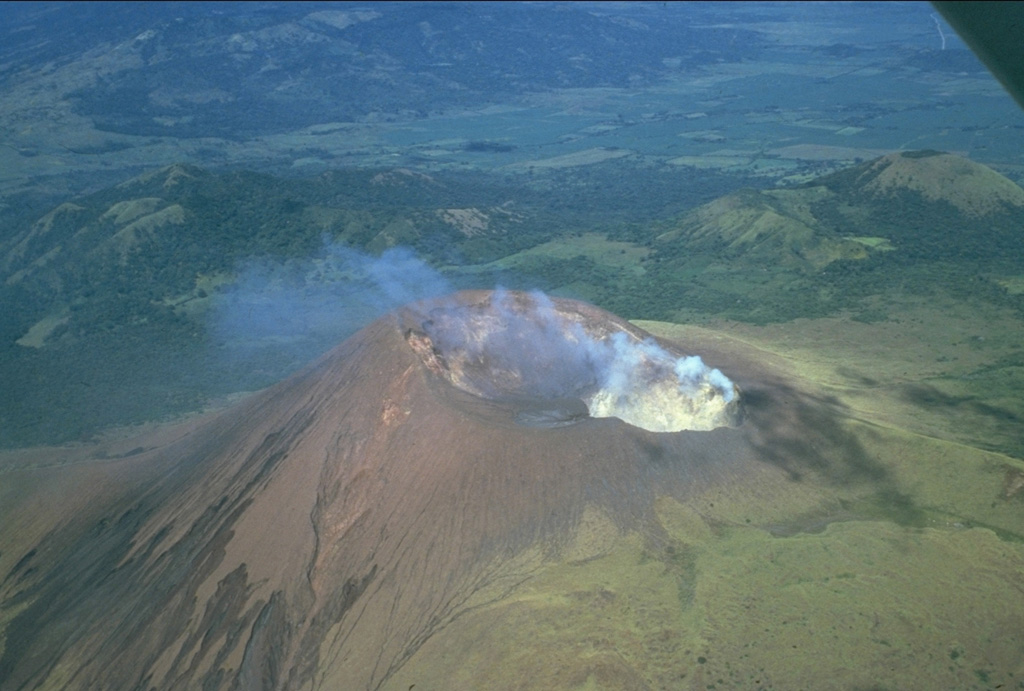 A prominent fumarole on the NE rim of the summit crater of Telica volcano produces a diffuse plume in this 1981 view. The double summit crater is viewed from the SE with the grassy cone of Cerro de Aguero, the northernmost cone of the Telica volcanic complex, at the upper right. The flanks of La Pelona caldera, part of the neighboring San Cristóbal volcanic complex, can be seen at the top of the photo across a low saddle.