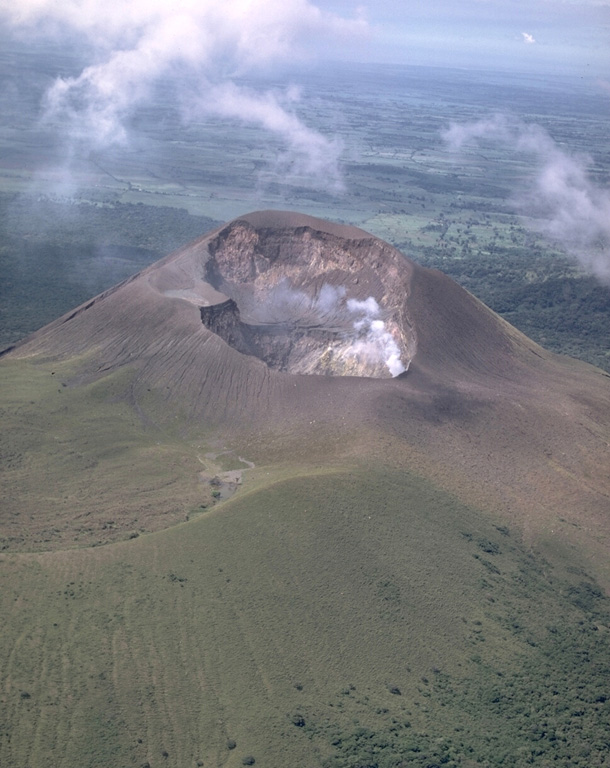 Telica, one of Nicaragua's most active volcanoes, has erupted frequently since the time of the Spanish conquest. The Telica volcano group consists of several interlocking cones and vents with a general NW alignment. Telica itself, seen here in an aerial view from the NE, is a steep-sided cone with a 700-m-wide double crater. The steaming NE crater, the source of recent eruptions, is 120 m deep. The rim of an older crater of the Telica complex forms the ridge at the lower left.