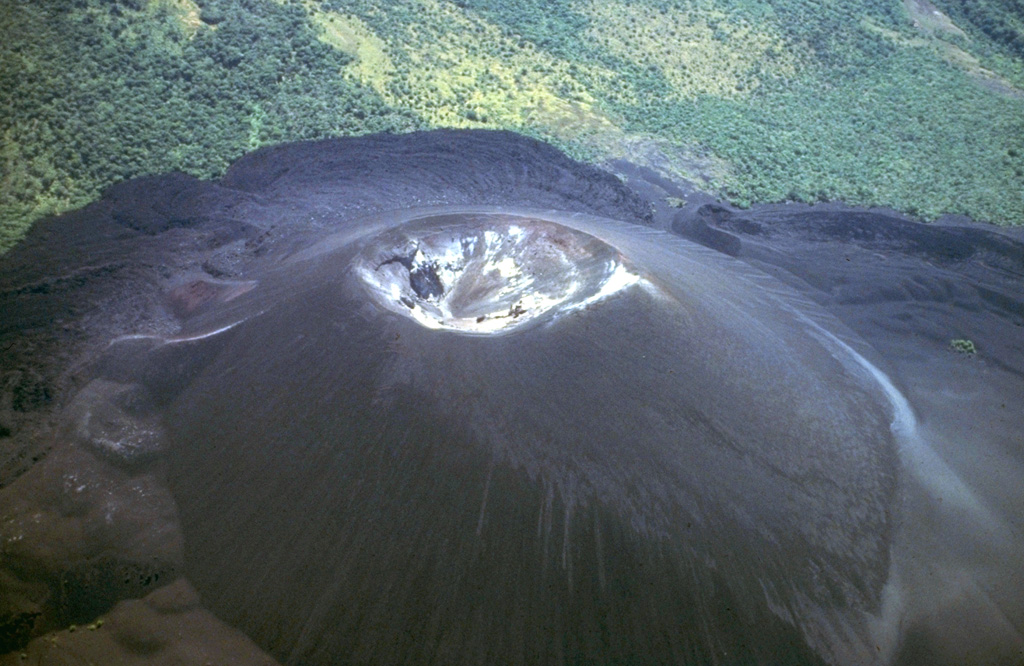 Cerro Negro, Central America's youngest volcano, is a pyroclastic cone that began growing in 1850. It is seen here 130 years later in an aerial view from the NW. The cone rises about 250 m above its base and is surrounded by lava flows that bank up against and are deflected by the slopes of Las Pilas volcano at the top of the photo. More than 20 eruptions, separated by quiet intervals of a few years to a few decades, have taken place in the past century and a half at this small-volume basaltic volcano.