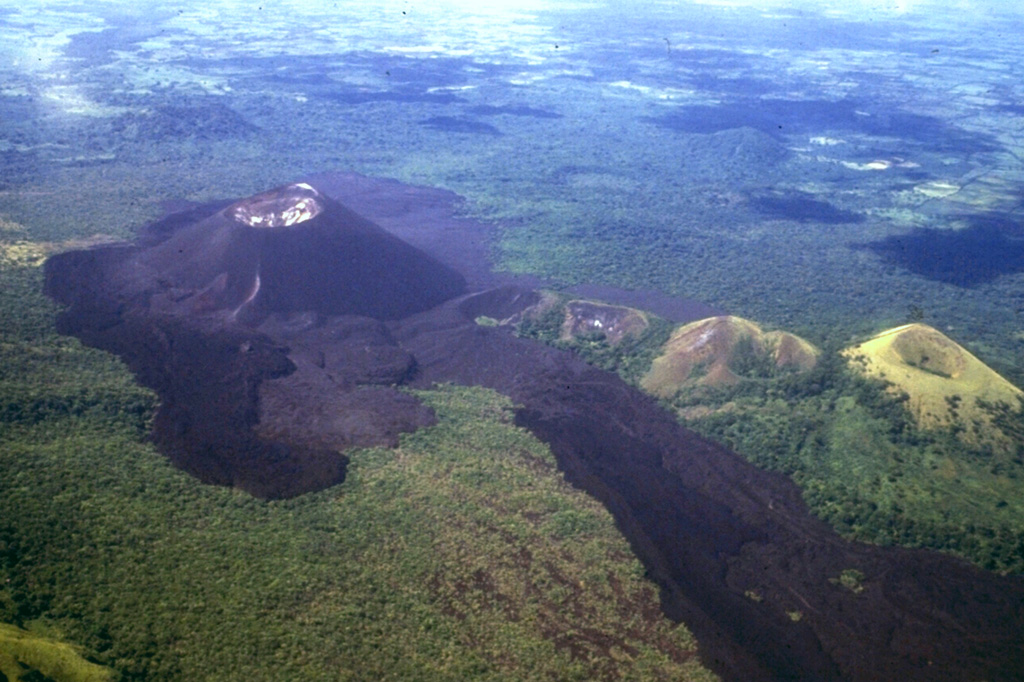 The short dark-colored lava flow in the left foreground and the left-hand, darker flow extending to the lower right-hand margin originated from a vent on the eastern flank of Cerro Negro during a September 4-24, 1957 eruption. In between these flows is an older lighter-colored flow that was erupted in 1947. The long 1957 flow lobe at the lower right overlies a slightly lighter-colored flow to its right that was emplaced in 1923. This view from the NE also shows older vegetated cones including Cerro la Mula, the grassy cone at the extreme right.