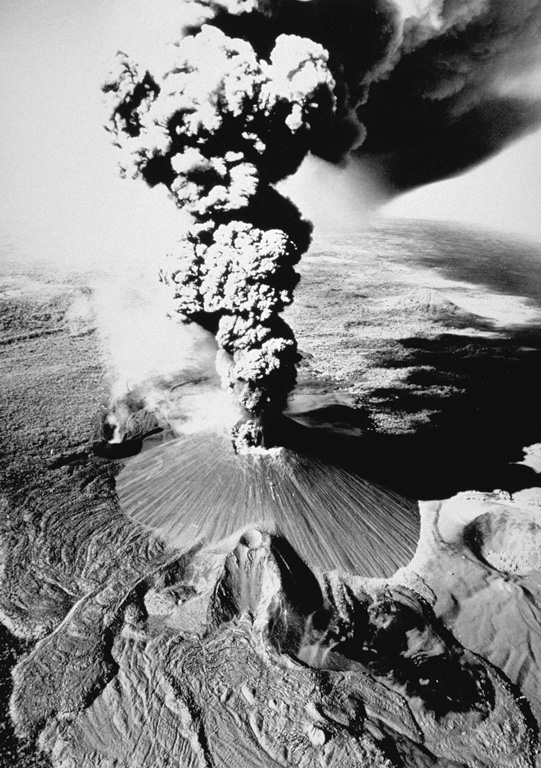 This dramatic photo of Cerro Negro in eruption in November 1968 shows a vigorous vertical ash plume rising from the summit crater. This view from the east also shows the smoking flank vent of Cristo Rey at the southern base of the cone. This vent fed a lava flow that traveled 1.5 km to the SW. Fresh lava flows in the left foreground were erupted in 1960, and those from the prominent east-flank vent (lower center) were erupted in 1957.