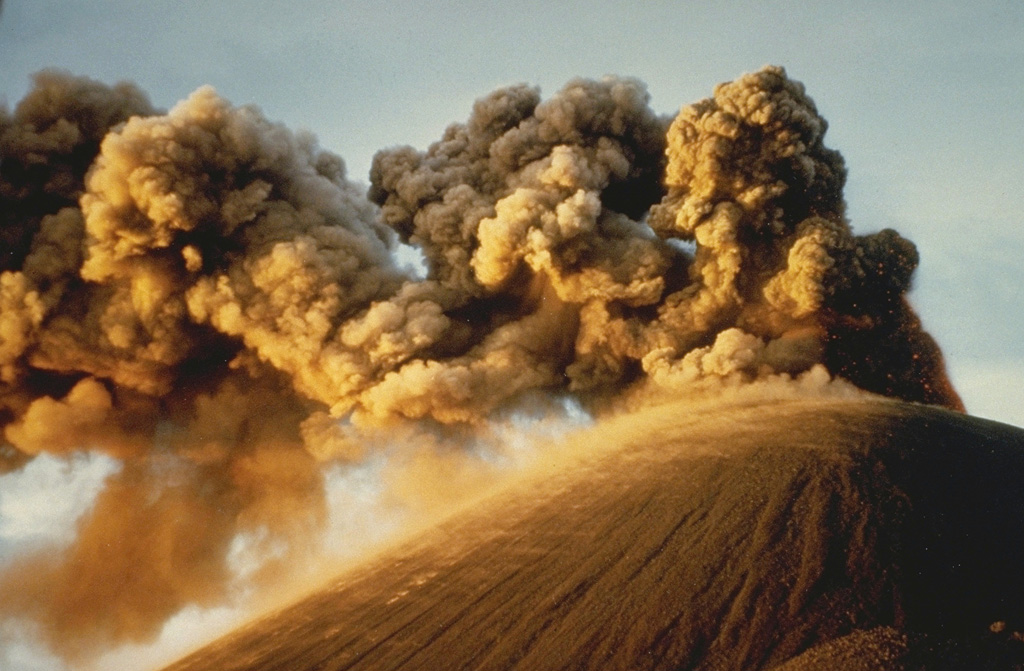 Strong winds deflect ash plumes from a strombolian eruption at the summit crater of Cerro Negro on November 8, 1968. This photo was taken from the south about two weeks after an eruption that began with flank activity on the night of October 23. The following day eruptions began from the summit crater. Plumes rose 1000-1500 meters, and heavy ashfall distributed by winds primarily to the west damaged 700 sq km of croplands. The eruption lasted until December 15.