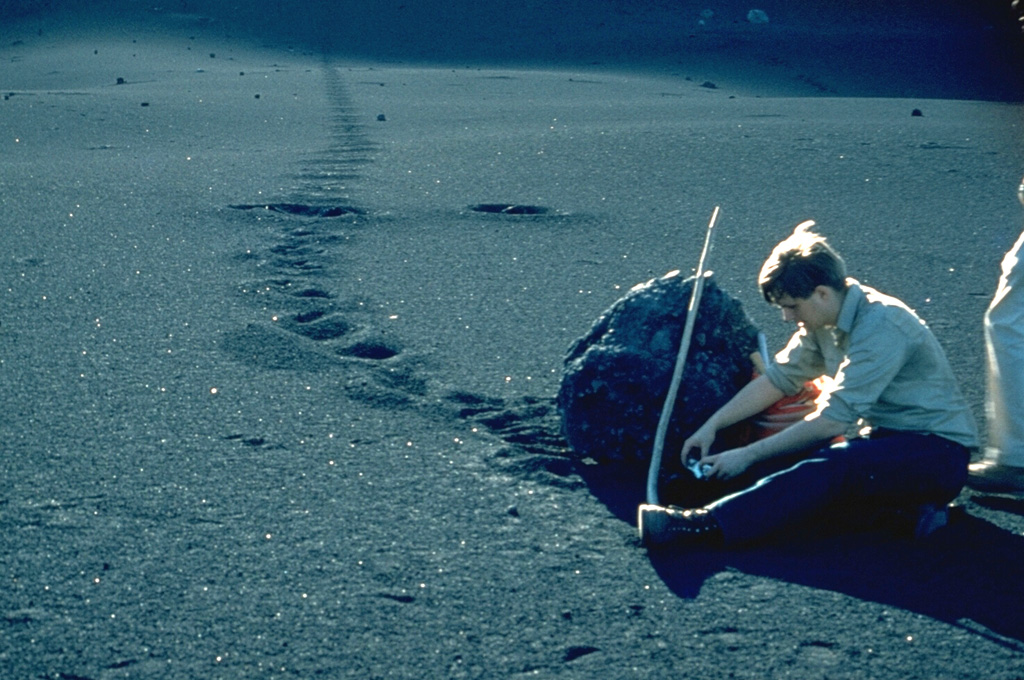 Volcanologist Bill Rose measures a large bomb ejected during the 1971 eruption of Cerro Negro volcano. The bomb landed on the flank of the cinder cone and rolled across the surface of fresh ash. The 1971 eruption took place February 3-14. Heavy ashfall produced extensive crop damage. This photo was taken in March 1971.