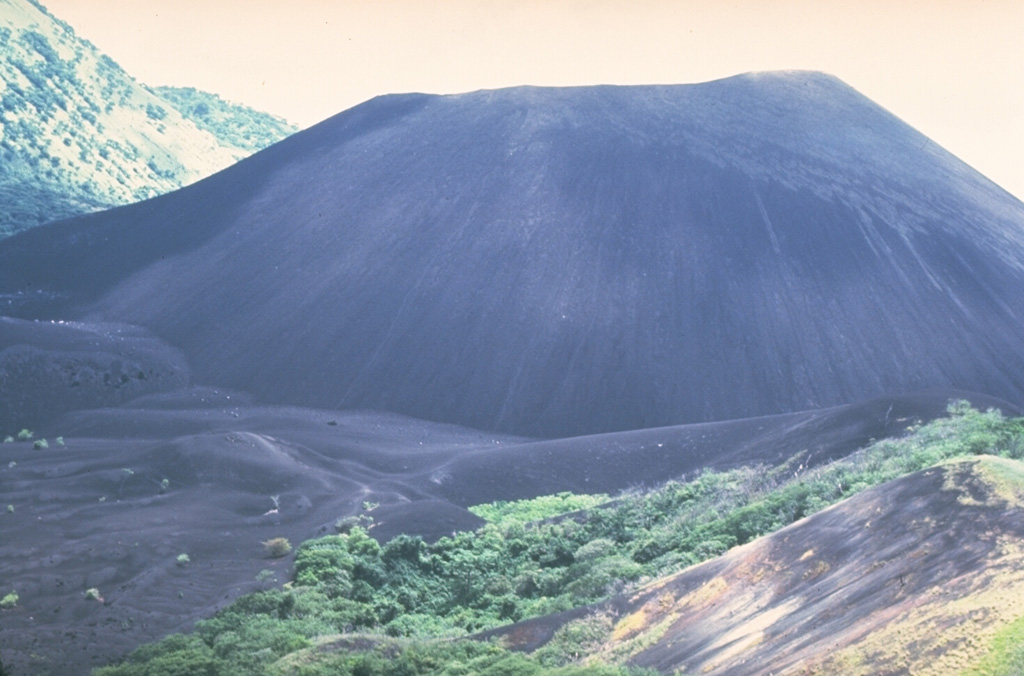 The Cerro Negro scoria cone formed in April 1850. It has been one of Nicaragua's most active volcanoes, building up a roughly 250-m-high cone surrounded by a field of young lava flows. Cerro Negro is seen here in 1981 from Cerro la Mula to the north, the next in a chain of four cinder cones erupted along a N-S line.