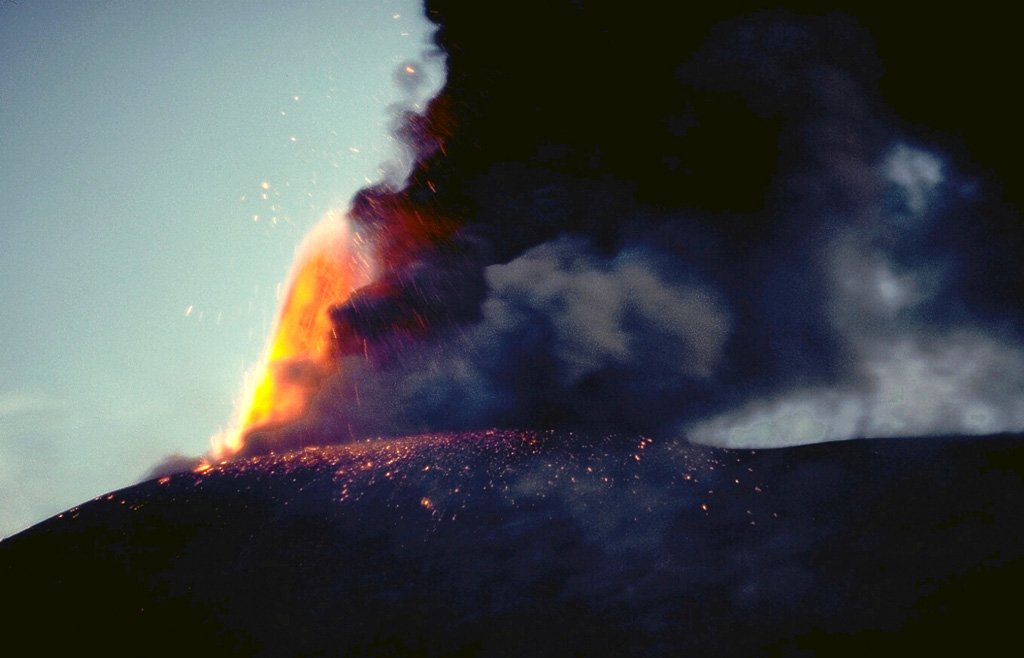 An incandescent lava fountain rises above the summit of Cerro Negro on November 30, 1995, as a plume of dark ash trails off to the right. Explosive eruptions took place from May 28 or 29 until August 16 and then again from November 19 to December 6. Incandescent bombs were ejected to 300-400 m above the rim of the 1992 crater on November 21. The ashfall caused much damage to farmlands.