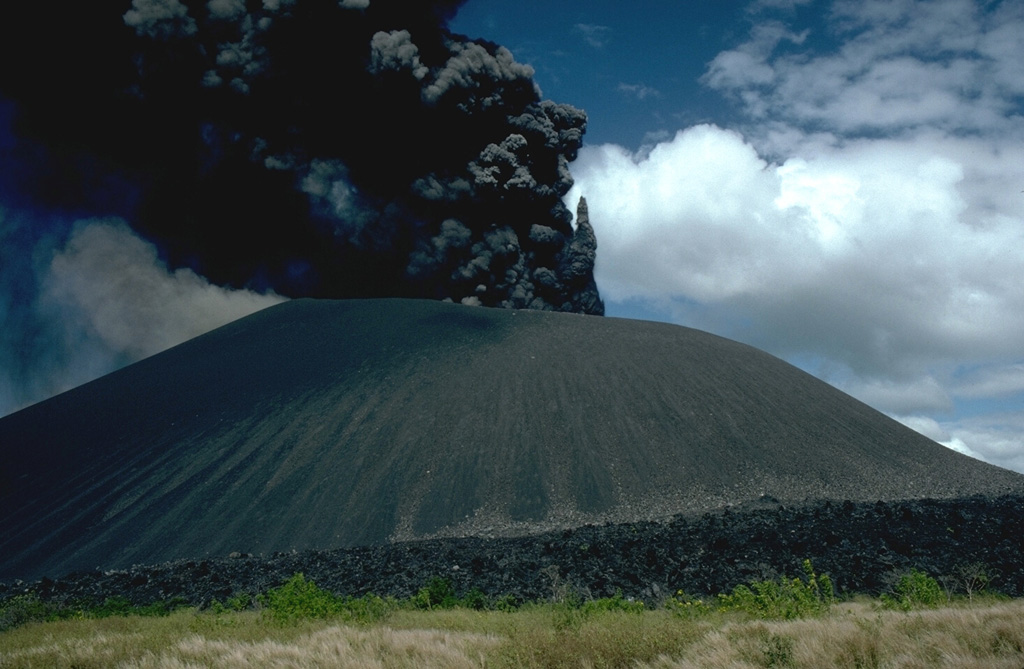 A dark, ash-rich eruption column rises above Cerro Negro volcano on December 1, 1995, near the end of an eruption that began on May 28 or 29. Minor ash eruptions continued intermittently until August 16. A small lava flow appeared in the main crater on July 24. The most intense activity on June 2 was accompanied by a very small pyroclastic surge. Explosive activity resumed from November 19 to December 6, and was accompanied by growth of a small lava dome in the summit crater and lava flows that traveled down the north flank.