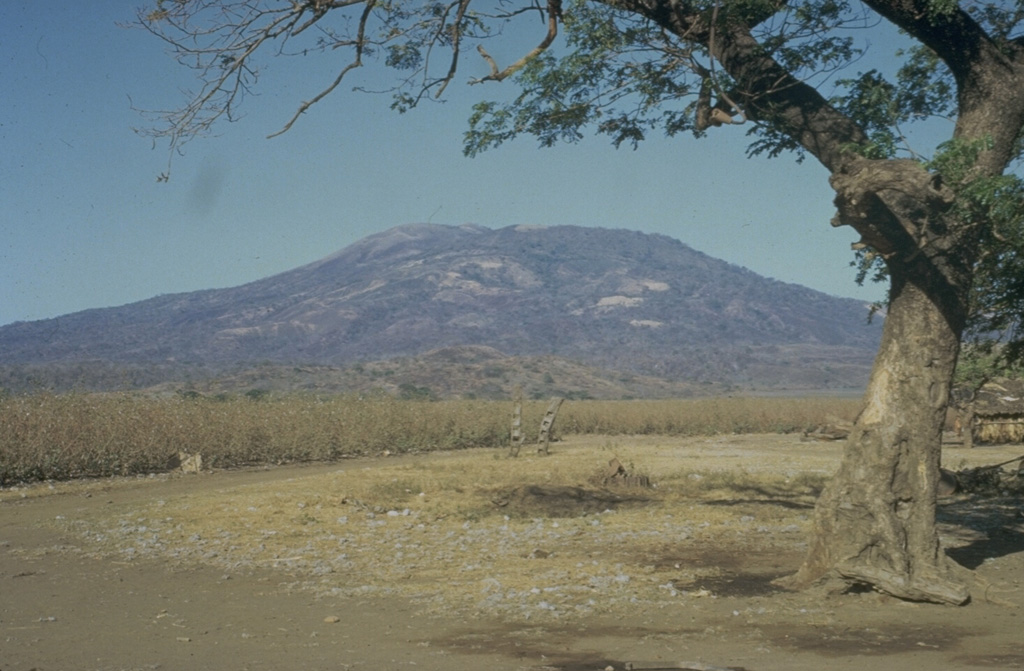 Las Pilas stratovolcano, seen here from the S, is the most prominent feature of Nicaragua's Las Pilas volcanic complex. Las Pilas rises to 900 m above its base in the Nicaraguan depression. Its broad summit contains a 700-m-wide crater and a N-S fissure that formed during an eruption in 1952.