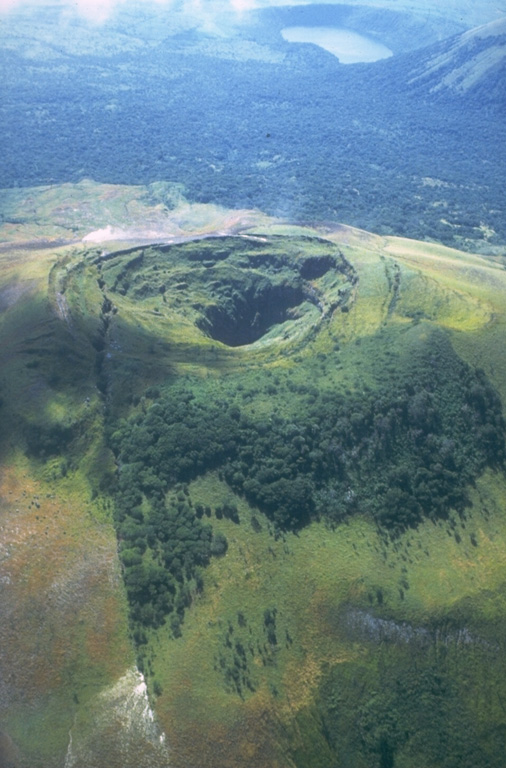 The 1-km-long fissure that reaches from the lower left across the summit crater of Las Pilas was formed during an eruption in 1952. The eruption, which began on October 23, produced ash-bearing steam clouds that ejected fragments of rock from the walls of the new fissure. The eruption ended in December. This view from the north shows the undated Laguna de Asososca maar (upper right), which was formed near the southern end of the fissure system cutting across Las Pilas volcanic complex.