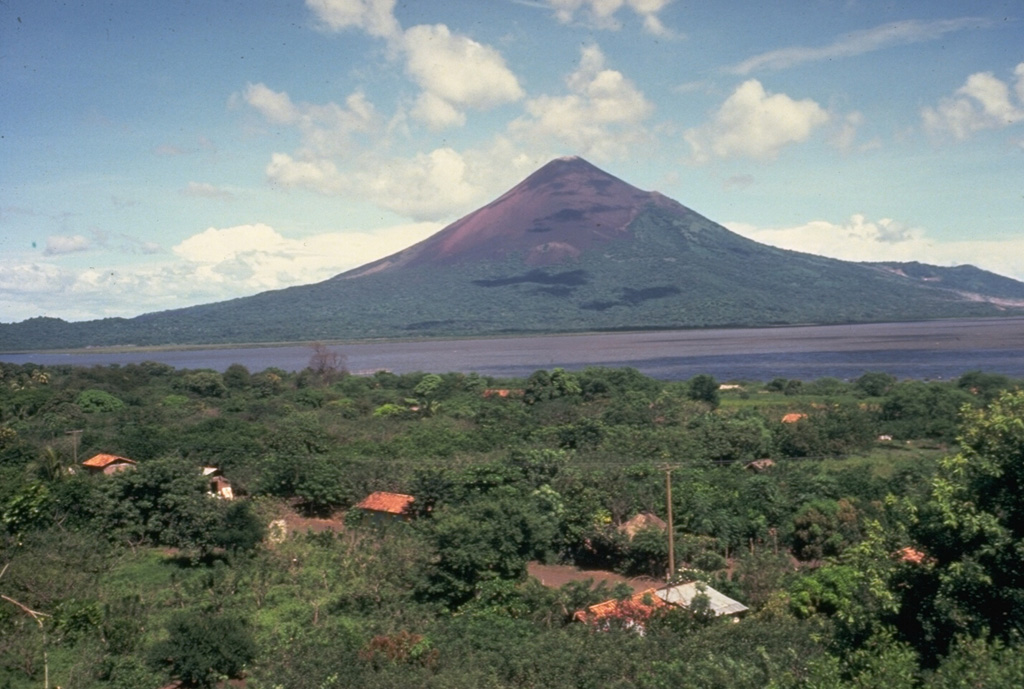 Momotombo is a young, 1297-m-high stratovolcano that rises prominently above the NW shore of Lake Managua, forming one of Nicaragua's most familiar landmarks. Seen here from the SW, Momotombo began growing about 4500 years ago and consists of a somma from an older edifice that is surmounted by a younger cone with a 150 x 250 m crater. Young lava flows from Momotombo have flowed down the NW flank into an unnamed, 4-km-wide caldera. Momotombo has a long record of strombolian eruptions, with occasional larger explosive activity.