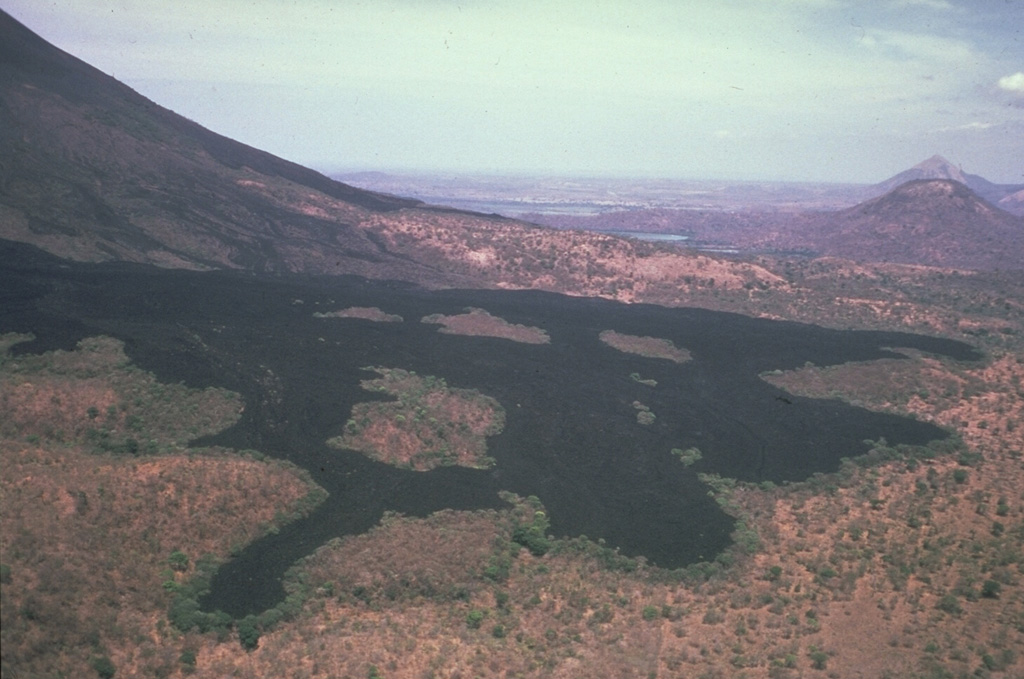 Successive lobes of the 1905 lava flow from Momotombo volcano in Nicaragua spread out on the flat slopes below the volcano, forming a broad terminus. This photo shows how lava flow direction is controlled by the topography, with individual lobes diverted around slightly higher areas of the pre-eruption surface, surrounding these prominent forested "islands" of older rock, known as kipukas.