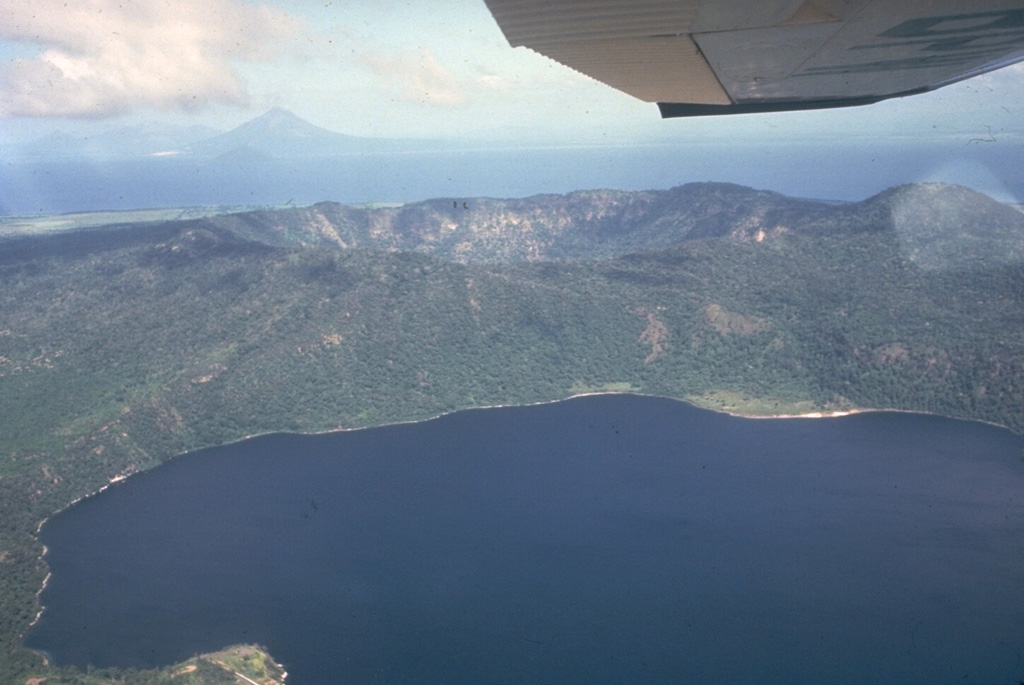 Apoyeque stratovolcano forms the large Chiltepe Peninsula in central Lake Managua. A 2.8-km wide, 500-m-deep caldera truncates the volcano's summit, below and to the left of the airplane wing. Laguna de Jiloa, the large lake in the foreground, lies immediately SE of Apoyeque. The age of the latest eruption of Apoyeque is not known, but human footprints underlie pumice deposits thought to originate from Apoyeque volcano or a nearby vent beneath Lake Managua. Momotombo volcano is visible in the distance to the NW across Lake Managua.