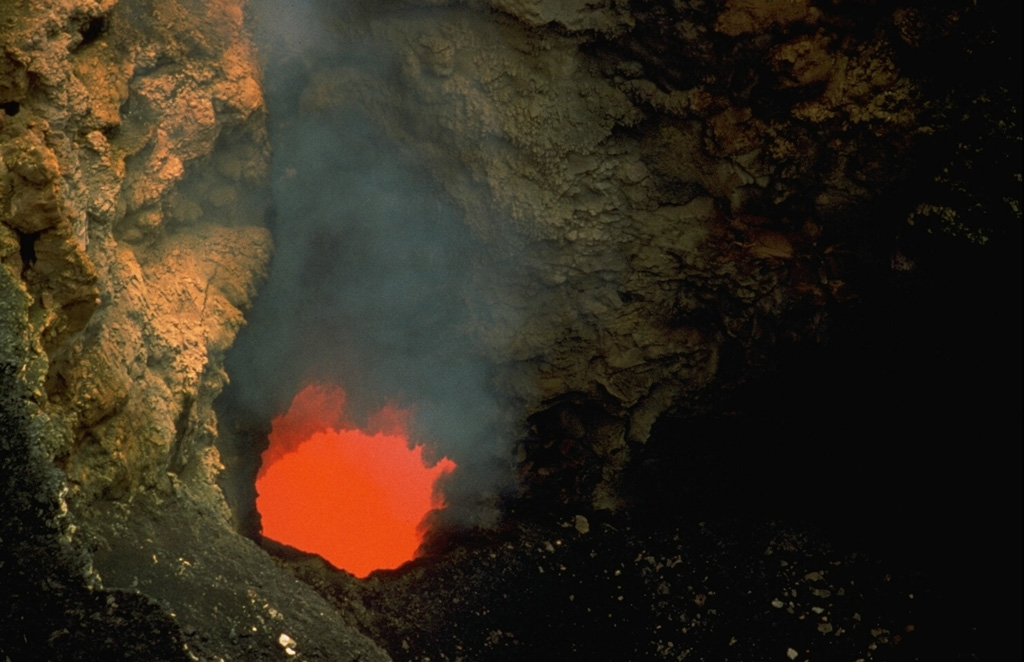 An incandescent vent glows on the floor of Santiago crater in July 1972. A new lava lake formed in Santiago crater in October 1965. By 1969 activity was restricted to a small spatter cone; after it collapsed in 1972 a lava lake was visible until 1979. Periodic lava lake activity has occurred since the time of the Spanish Conquistadors. The partially yellow incandescence of the active lava lake was taken for molten gold, prompting several attempts to mine it.