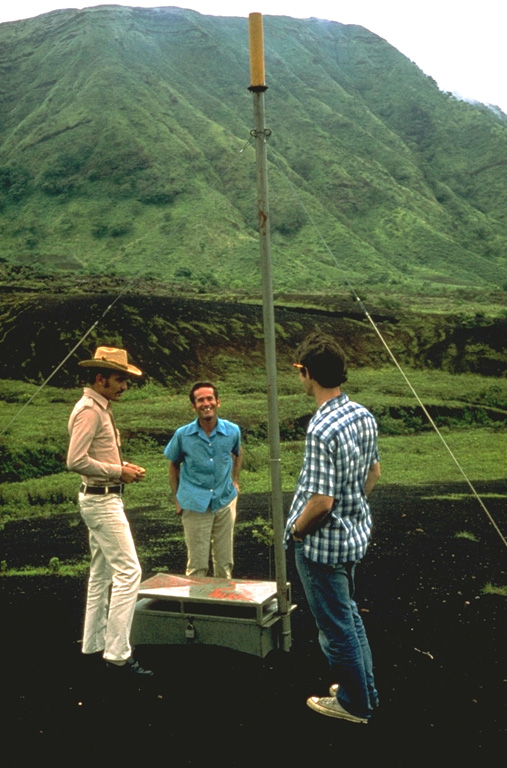 Early monitoring efforts at Masaya volcano included tilt meter stations such as this one, operated by the Instituto Nicaragüense de Estudios Territoriales (INETER). Inflation of the volcano's surface produced by ascent of magma can be detected by sensitive instruments such as the one installed here in 1976.