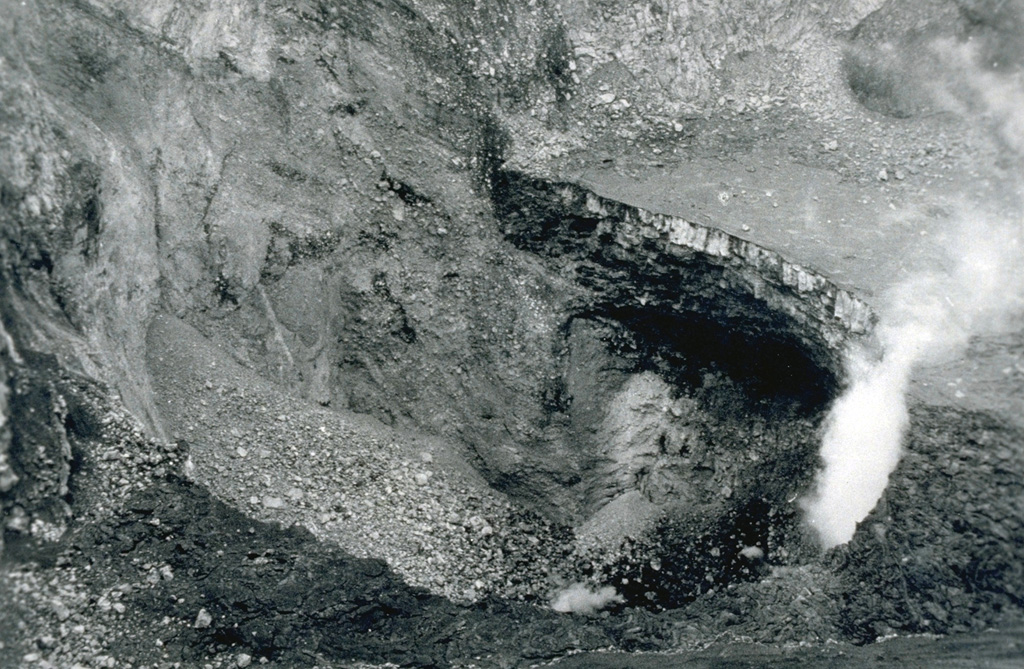 A small eruption occurred from Santiago crater on February 15, 1987 following blockage of the vent by landslides in November and December 1986. The small eruption ejected ash and blocks, which fell back into the bottom of the vent. Additional collapses took place on February 20, and the circular vent continued to produce small eruptions after February 22. This photograph of Santiago's inner crater (180 m in diameter and 72 m deep) was taken after the collapse events of late 1986 and early 1987.