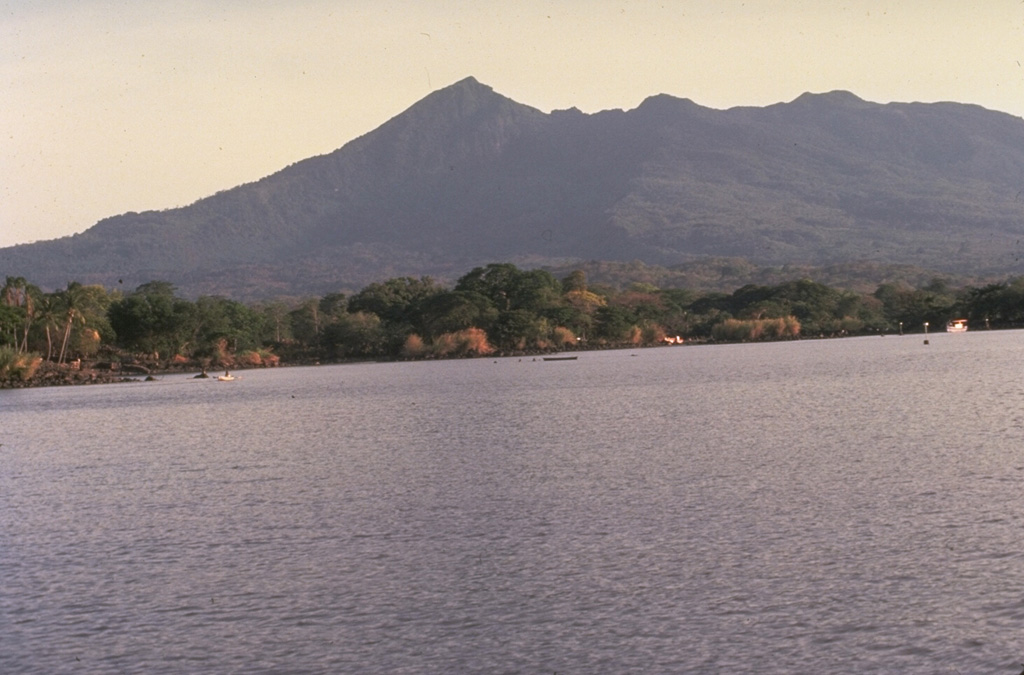 Mombacho is a stratovolcano on the shores of Lake Nicaragua that has undergone edifice collapse on several occasions. The NE-flank scarp was the source of a large debris avalanche that produced an arcuate peninsula and the Las Isletas chain of islands in Lake Nicaragua. The only reported historical activity was in 1570, when a debris avalanche destroyed a village on the S side of the volcano.