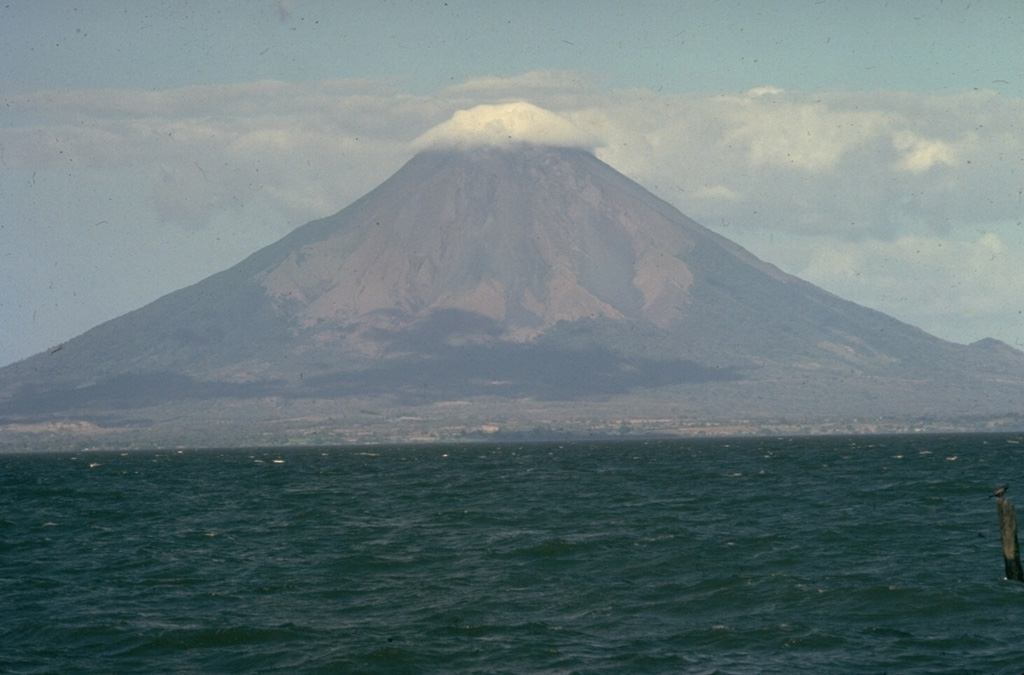 Concepción reaches about 1,700 m above Lake Nicaragua and is one of two volcanoes forming Ometepe Island. A small cone is visible on the lower SE flank (far right), one of the scoria cones, lava domes, and a tuff cone formed during flank eruptions.