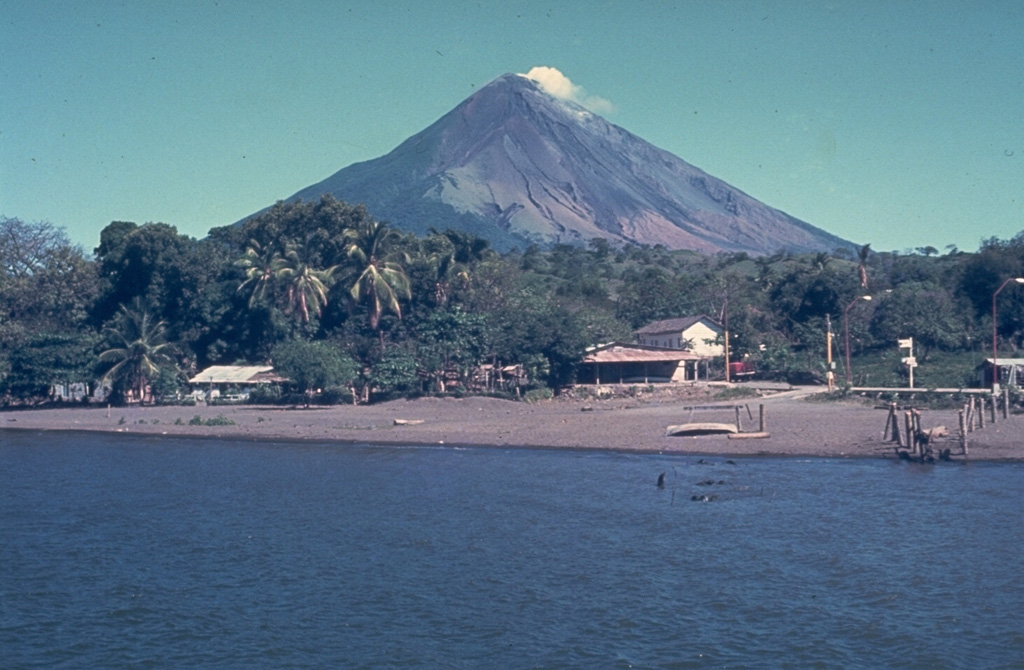 Concepción is one of Nicaragua's most active volcanoes. It forms the NW half of Ometepe island in Lake Nicaragua and is seen here from the SE from the isthmus connecting it to Madera volcano, which forms the SE end. Spatter cones, and scoria cones have formed during flank eruptions. Concepción has had frequent recent moderate explosive eruptions, many of which have originated from a summit crater.