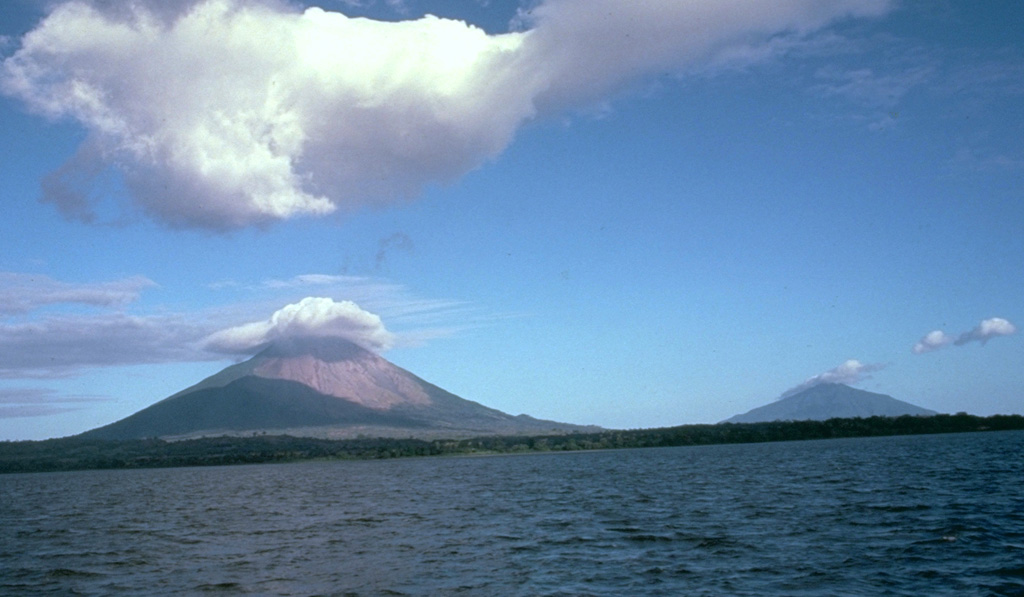 The dumbbell-shaped island of Ometepe (also known as Chorotega, meaning "twin peaks") consists of two large stratovolcanoes, Concepción (left) and Maderas (right). The twin volcanoes are seen here from the west, across a 10-20 km wide strait in Lake Nicaragua separating the island from the mainland. The volcanoes were constructed on a basement of lake sediments overlying Tertiary-Cretaceous sediments. The break in slope just below the cloudcap on the left (northern) flank of Concepción is a the rim of a largely buried caldera.