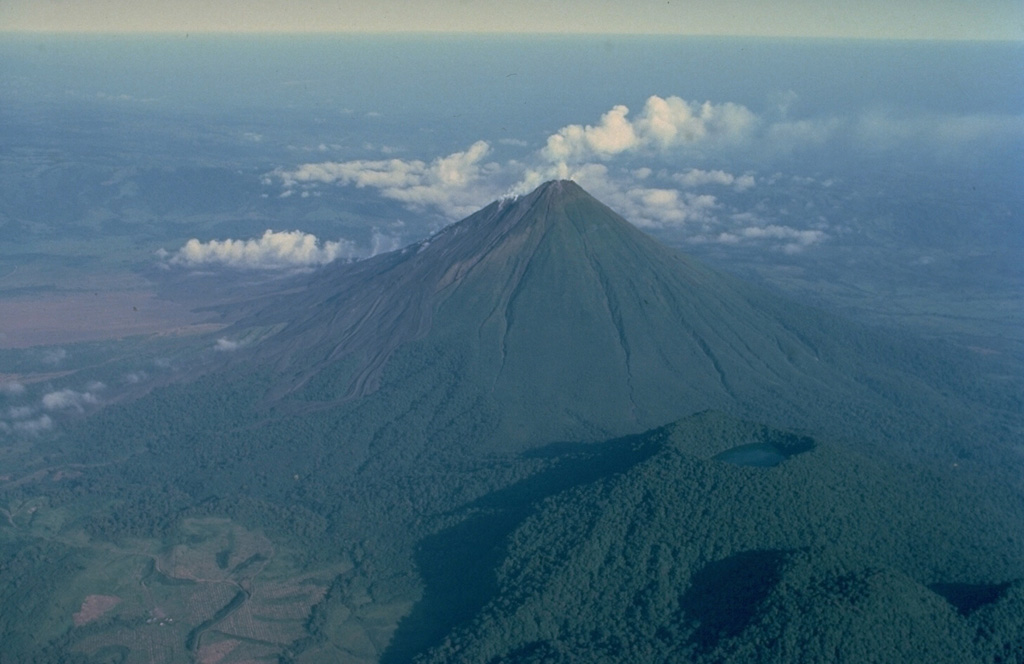 Arenal volcano, seen in this 1983 aerial view from the SE, is a conical stratovolcano that began a long-term eruption in 1968. Densely forested Cerro Chato (lower right) is an older volcano of the Arenal complex. Like Arenal, it is armored with lava flows. The latest eruption of Cerro Chato consisted of phreatomagmatic explosions that formed its summit crater, which is now filled by a lake. At the extreme lower right is Chatito, a lava dome of the Cerro Chato group.