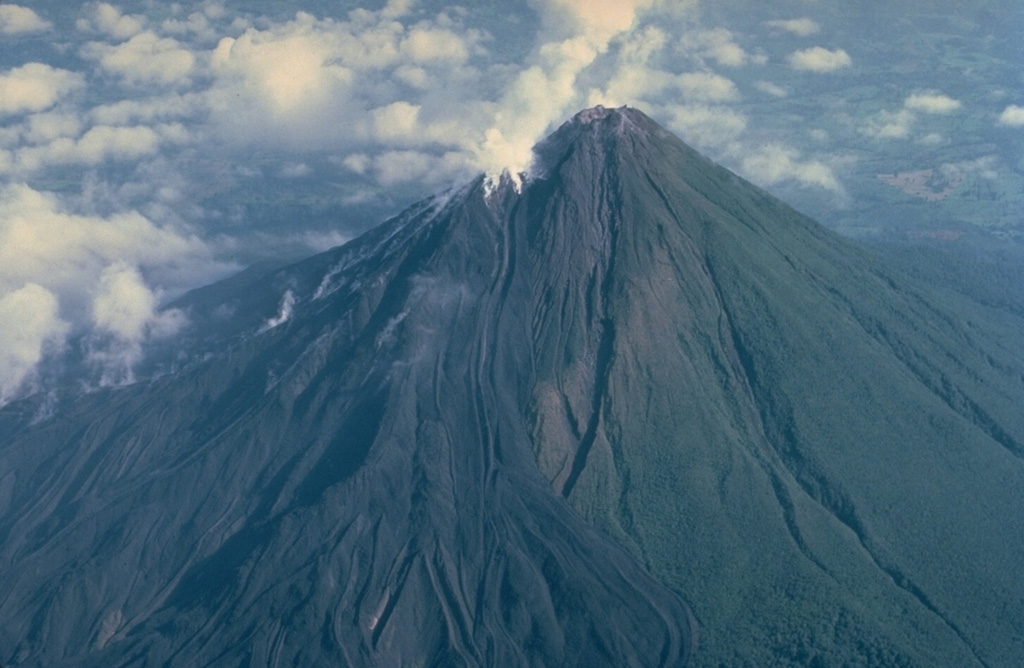 The symmetrical Volcán Arenal is the youngest stratovolcano in Costa Rica and one of its most active. Steam rises from lava flows descending the west flank in this March 1983 view. The oldest known products of Arenal volcano are only about 7000 years old. Arenal's most recent eruptive period began with a major explosion in 1968. Continuous explosive activity accompanied by slow lava effusion has occurred since from vents at the summit and western flank.