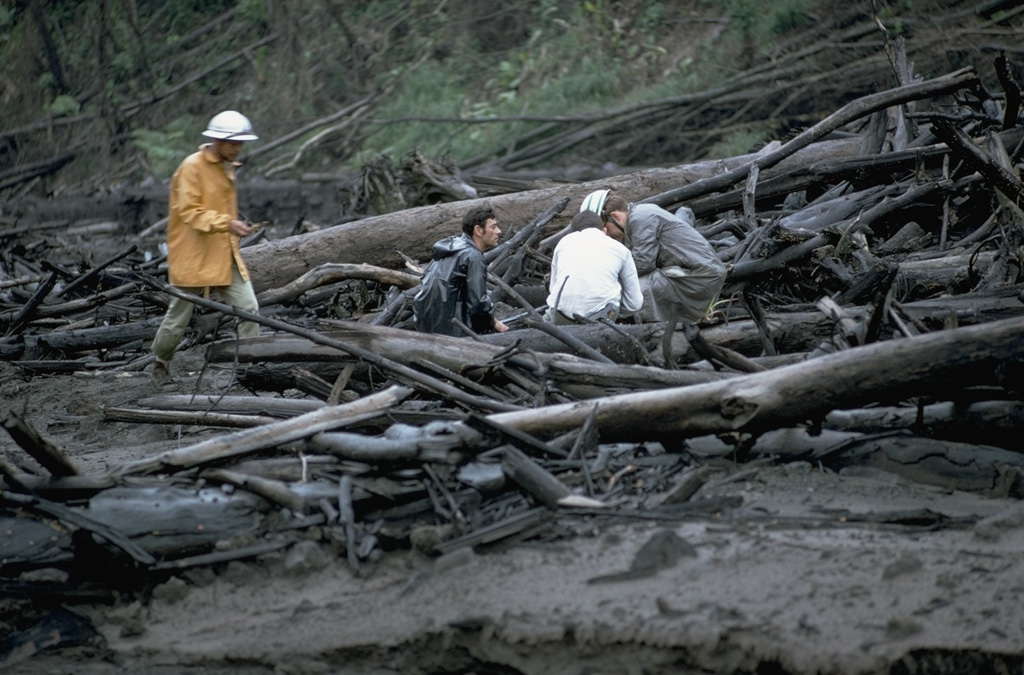 Geologists investigate trees within in a pyroclastic flow deposit along the Río Tabacón on the NW flank of Arenal in November 1968. The trees are aligned parallel to the rapid pyroclastic flow direction. Devastating pyroclastic flows traveled down existing drainages during 29-31 July 1968. One of the largest, with an estimated volume of 0.0018 km3, entered the Río Tabacón. The deposits ranged to more than 30 m thick, but were typically about 10 m. Fumaroles on their surface were active for more than two years.