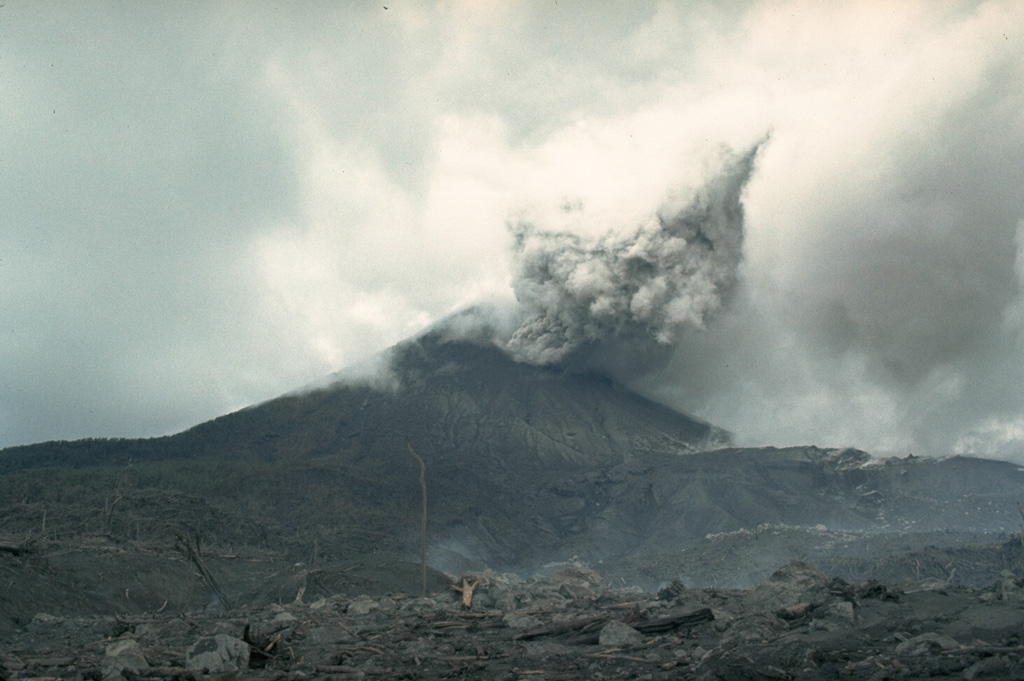 An eruption began at Arenal on 29 July 1968 with major explosions and pyroclastic flows that destroyed two towns and killed 78 people. Three new craters formed on the west flank. This 12 August 1968 view from the WNW flank shows an ash plume with part of the devastated zone in the foreground. Effusion of lava flows that began on 19 September formed an extensive lava field on the western flank.