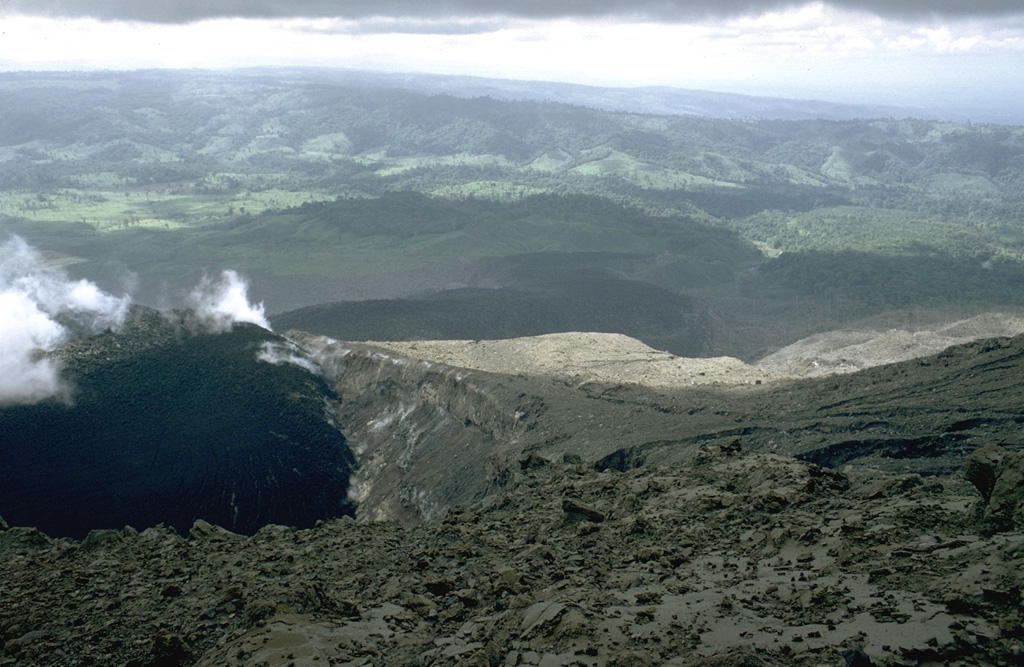 A lava flow issuing from Crater A is seen in April 1969. This crater was the source of the largest explosions at the onset of the eruption in July 1968. The distal end of the lava flow can be seen across the center of the photo. This flow initially traveled down the Río Tabacón on the NW flank, but later sent lobes over a broad area extending to the SW.