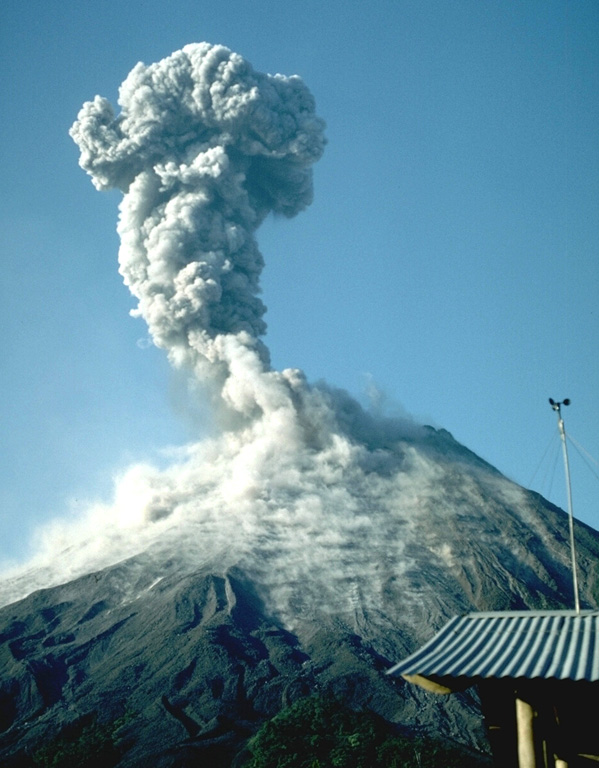 An increase in Strombolian eruptions at Arenal had begun in March 1990. An ash plume rises above the summit on 4 April 1990, seen here from the volcano observatory 2.5 km S. This was part of a long-lived eruption that began in 1968. Explosions produced ash plumes to heights of 1 km above the summit and were accompanied by a lava flow that descended the Río Tabacón on the NW flank down to 700 m altitude. Small pyroclastic flows were also produced.