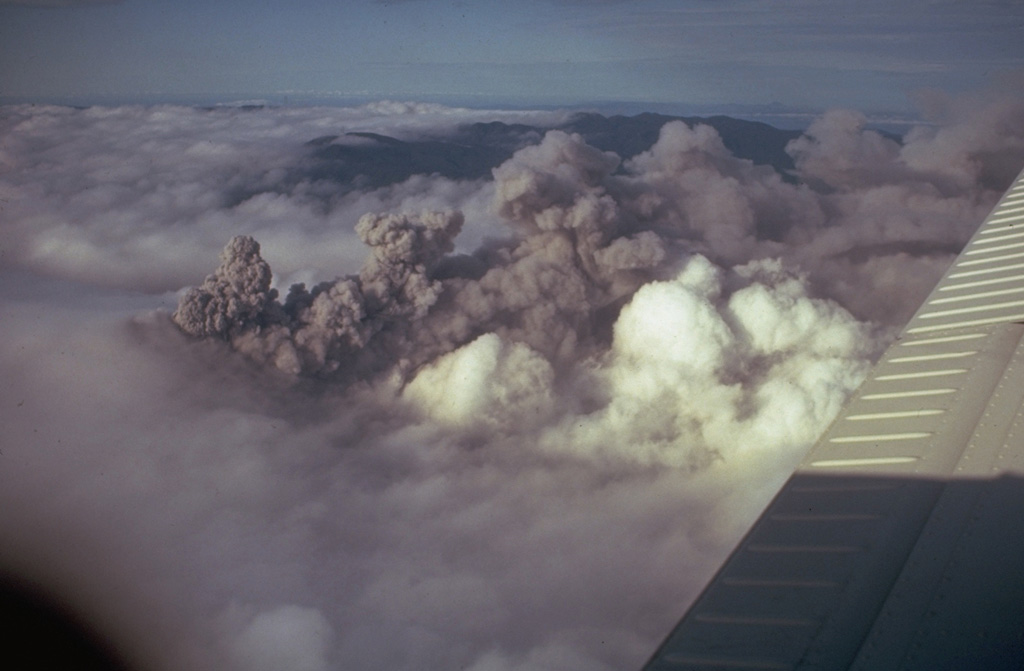 A dark ash plume at Arenal rises above white atmospheric clouds in 1968. A major explosive eruption began on 29 July 1968 from three new craters down the western flank. A series of major explosions took place between the morning of 29 July and the afternoon of 31 July.