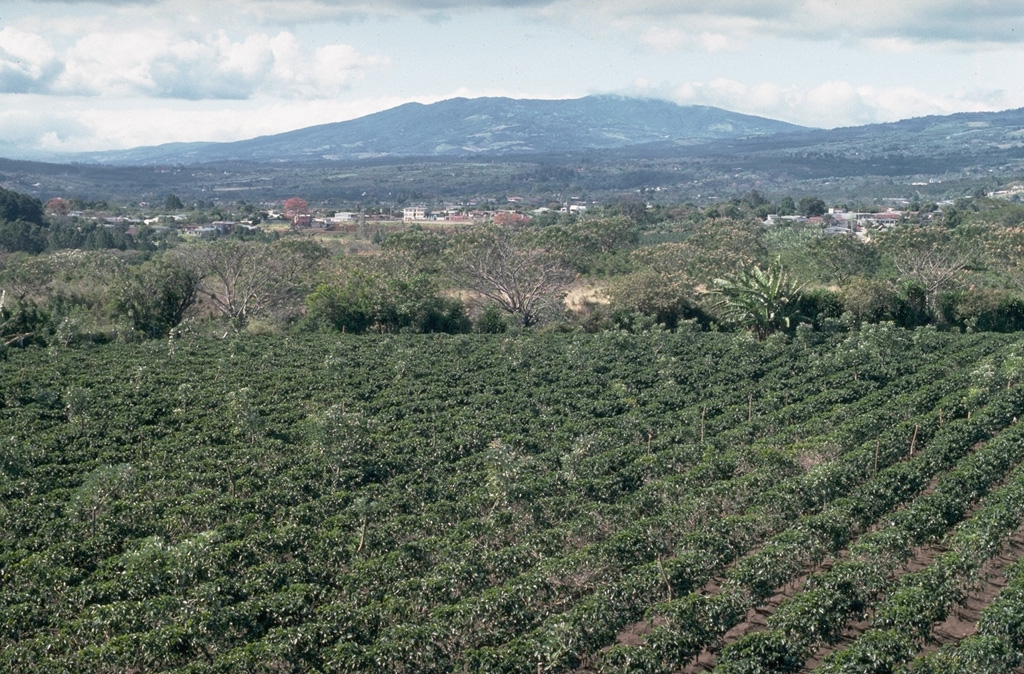 Poás volcano rises above coffee plantations on the floor of the central valley of Costa Rica. Poás is the westernmost of three major volcanoes of the Cordillera Central that are easily visible from the capital city of San José and its outskirts. Ash deposits from eruptions of these volcanoes have contributed to the enrichment of agricultural soils in the Central Valley. Poás National Park was established in 1971 and is one of the country's premier natural attractions.