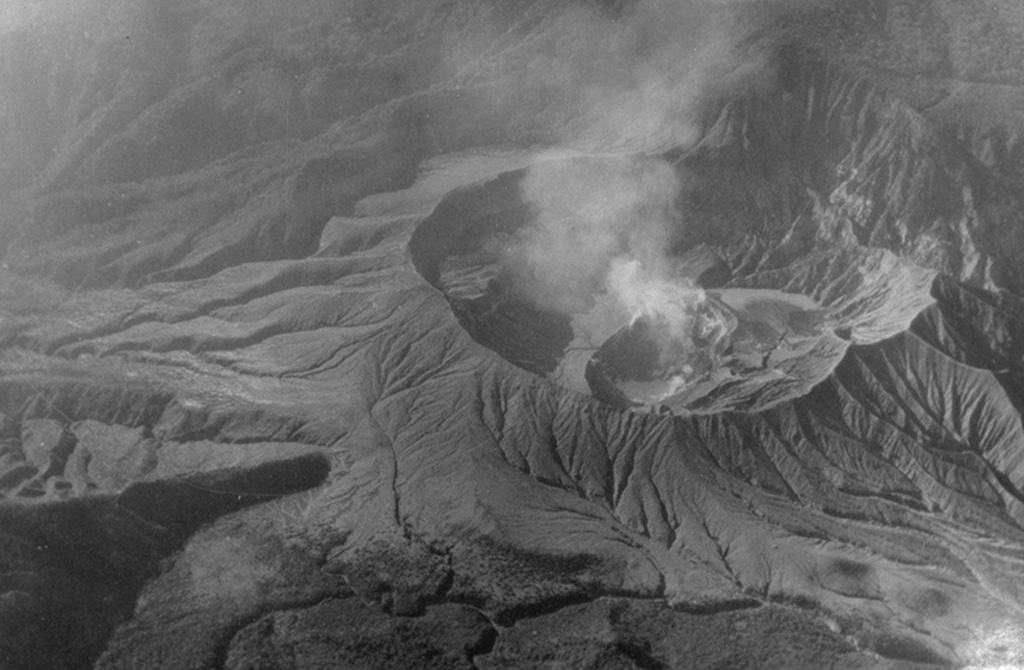 This June 1956 shows gas emissions from a new circular sub-crater formed in the summit crater of Poás volcano during an eruption from 1952-57. Phreatic explosions increased in intensity from 1952 to early 1953. Ash emission began in May 1953 and the crater lake was gone by 22 May. The first juvenile material was observed in mid-July, and Strombolian activity continued until 1955, after which geyser-like activity resumed. Lava appeared in the crater in 1957, and a phreatic explosion ejected ash on 25 December 1957.