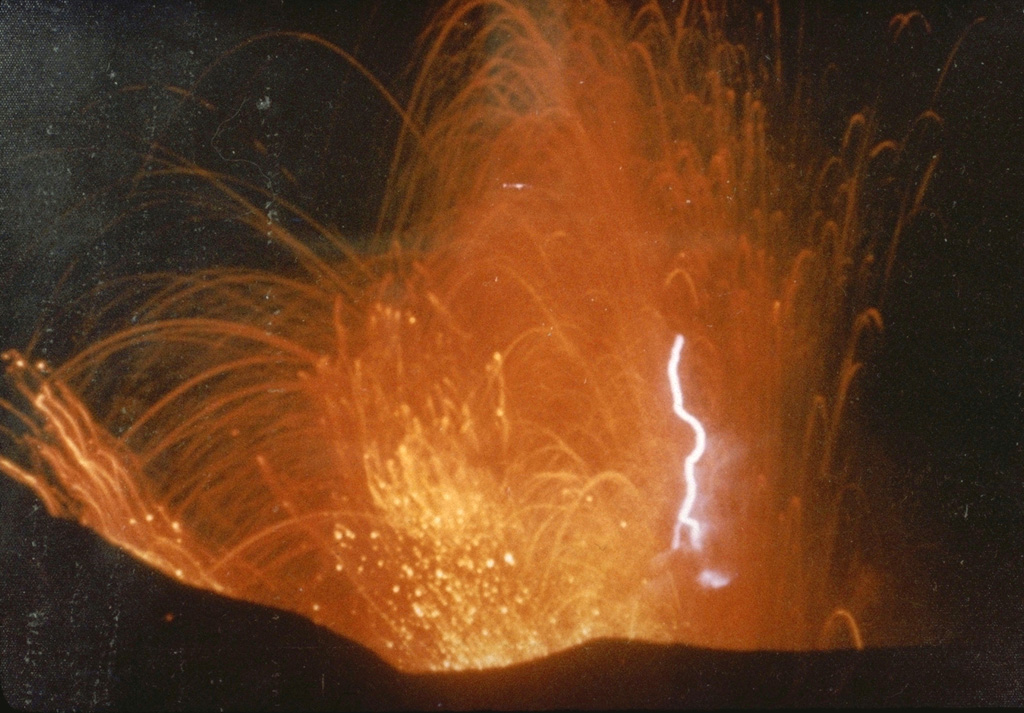 A lightning bolt is visible within incandescent ejecta from the summit crater of Irazú volcano in 1963. This eruption was the largest at Irazú during the 20th century. Intermittent ejection of ash, lapilli, blocks, and bombs, took place for two years beginning in March 1963. Late in 1963 an eruption column rose to 8 km above the vent in 4 minutes. Incandescent material in the eruption column was common in December 1963 and January 1964.