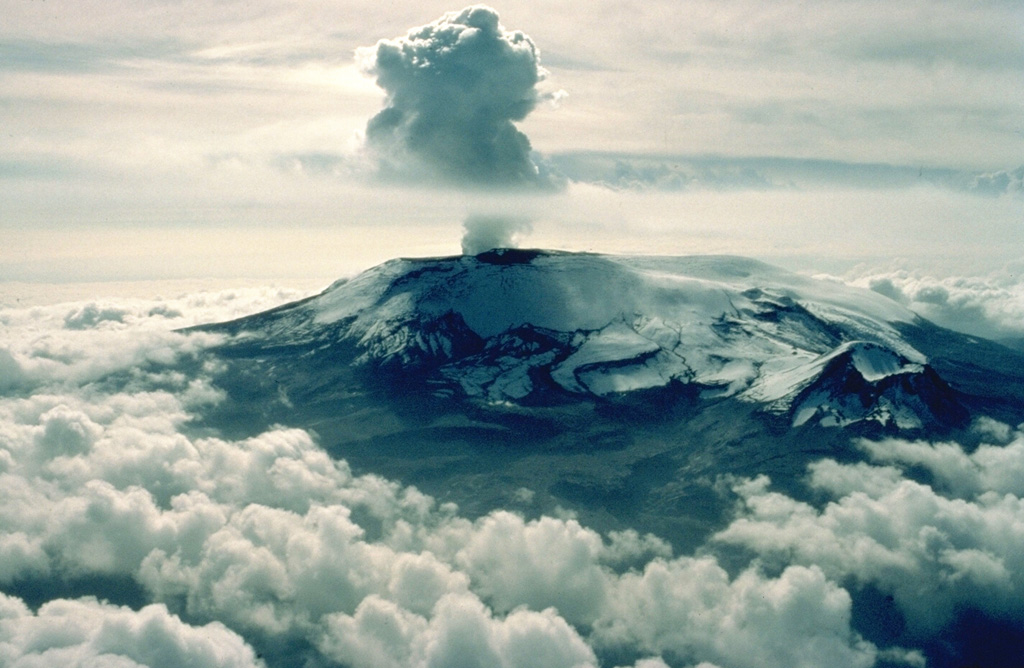 The catastrophic 1985 eruption of Nevado del Ruiz began with moderate phreatic explosions on September 11. On November 13 a relatively moderate explosive eruption occurred, producing pyroclastic flows and surges that melted part of the summit icecap. These caused major lahars that devastated Amero and other towns on the flanks of the volcano, killing more than 23,000 people. Intermittent minor ash emissions, such as this one on November 28, and occasional stronger phreatomagmatic eruptions continued until July 1991.