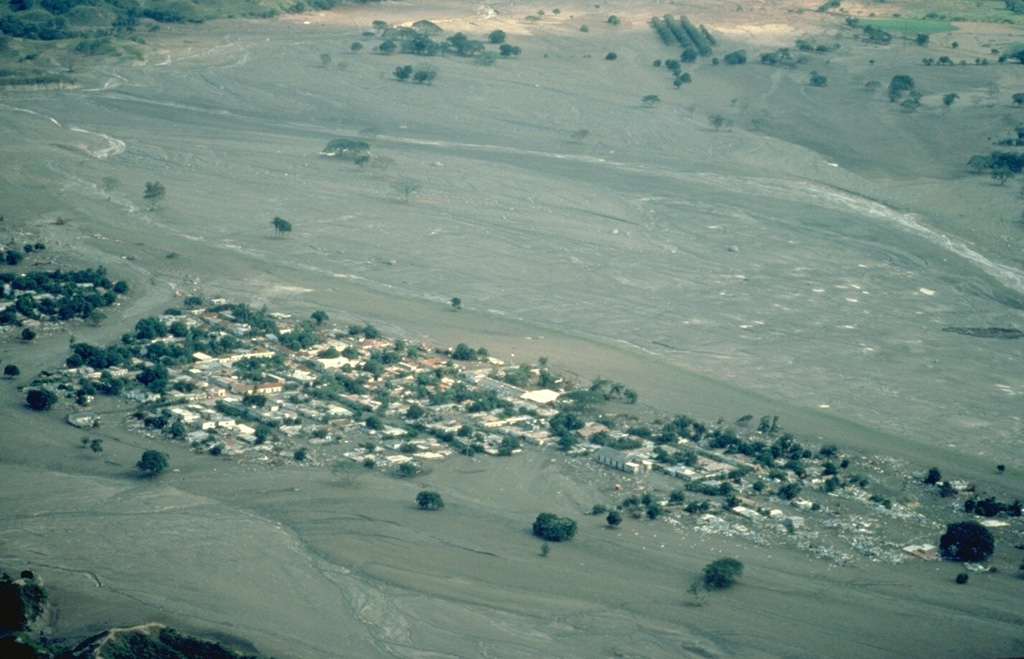 The 1985 eruption of Colombia's Nevado del Ruiz volcano produced the deadliest lahars (volcanic mudflows) in recorded history. A relatively moderate explosive eruption melted parts of the summit icecap and sent lahars down four major drainages. The town of Armero, shown here, was destroyed by a lahar that had traveled 74 km east of the summit and exited a narrow canyon above the town in a 40-m-high wave. Three-quarters of the 28,000 inhabitants of Armero were killed because officials and residents were not prepared for the danger the volcano posed.