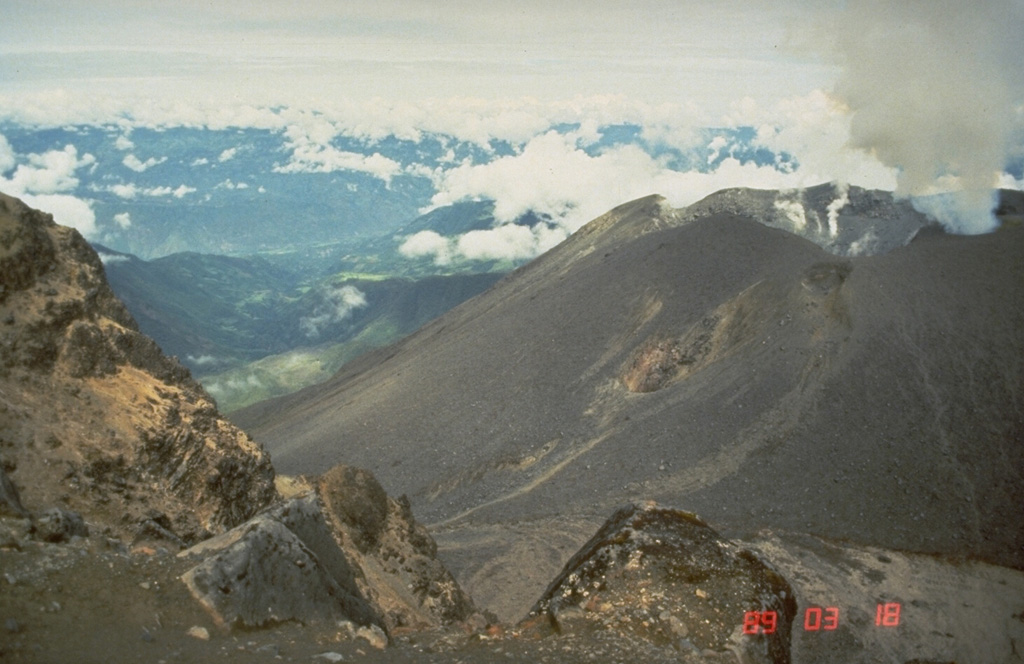 A large cone fills much of the large collapse scar at Galeras. It is seen degassing here on 18 March 1989 from the SE. The El Viejo flank crater can be seen near the center of the photo, with the Bastón fissure to the right, just below the rim of the main crater. The central cone has been the site of frequent eruptions since the time of the Spanish conquistadors.