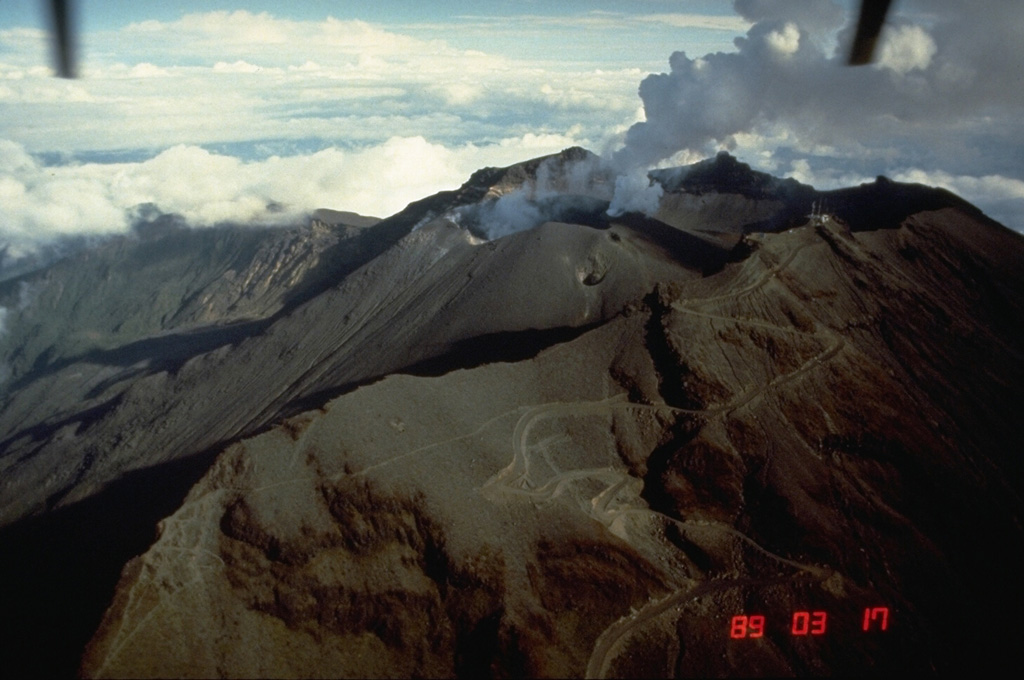 Galeras, a stratovolcano with a large breached caldera located immediately west of the city of Pasto, is one of Colombia's most frequently active volcanoes. It is seen here from the south on March 17, 1989, with steam clouds pouring from vents on the large central cone near the back headwall of the caldera, whose south rim forms the ridge in the foreground. Major explosive eruptions since the mid Holocene have produced widespread tephra deposits and pyroclastic flows that swept all but the southern flanks.