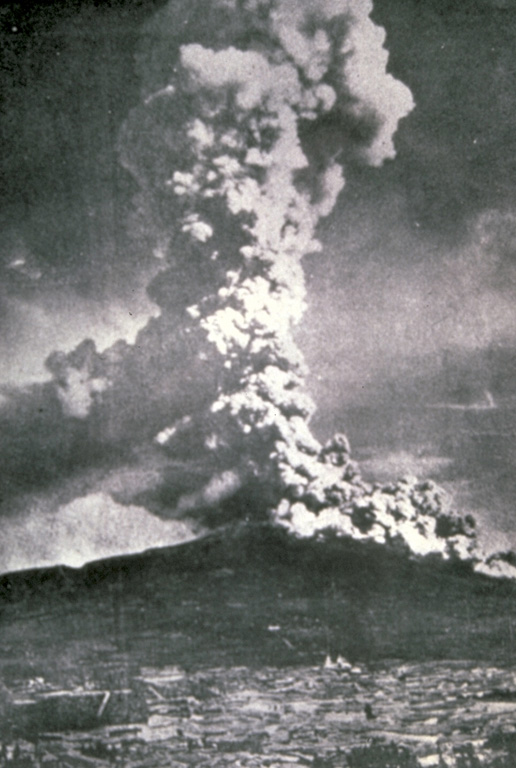 On August 27, 1936, a vigorous explosive eruption took place from Galeras volcano. Photographs taken from Pasto show pyroclastic flows descending the NE flank to distances of 3-4 km from the summit. The timing of eruptive activity in 1936 is ambiguous, but evidence does exist for an eruption on February 9 that produced explosions, the ejection of incandescent bombs, and an ash plume.