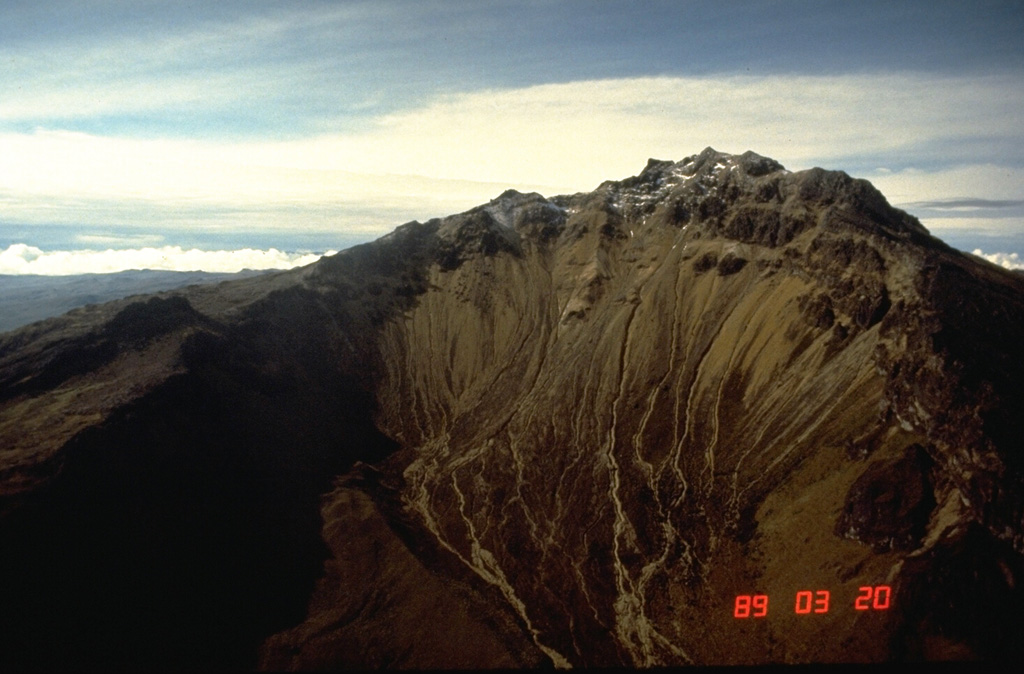 Cumbal is the southernmost historically active volcano of Colombia. It is seen here from the north, with a young lava dome occupying the 150-m-wide summit crater. Flank craters, the youngest of which is Boca de Mundo Nuevo, have formed along radial fissures on the east and south flanks of the nearly symmetrical volcano. Eruptions from the upper east flank produced a 6-km-long lava field. Explosive eruptions in 1877 and 1926 are the only known historical activity from Cumbal. 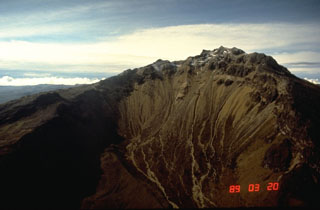