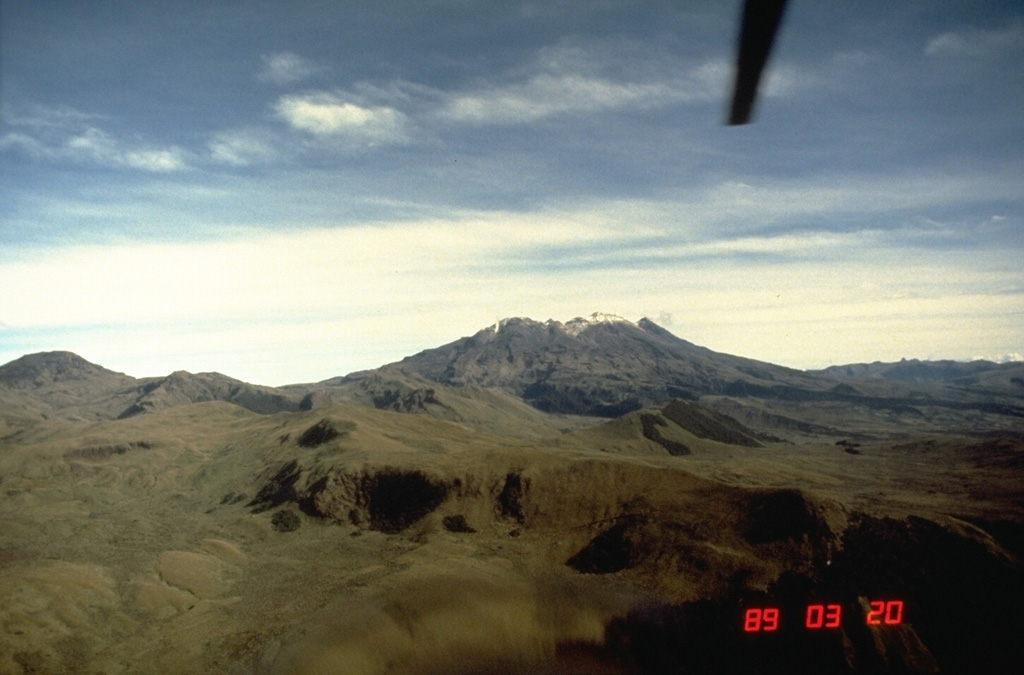 Azufral stratovolcano in southern Colombia, seen here from the SE, is also known as Azufral de Túquerres. It is truncated by a 2.5 x 3 km caldera containing a Holocene lava dome complex. A crescent-shaped lake, Laguna Verde, occupies the NW side of the caldera. Nearly a dozen lava domes are present, the latest of which were formed about 3600 years ago and have active fumaroles. The last known eruption of Azufral volcano took place about 1000 years ago. 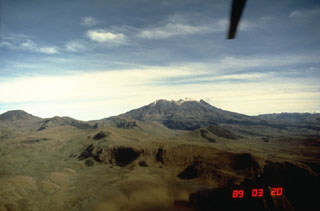