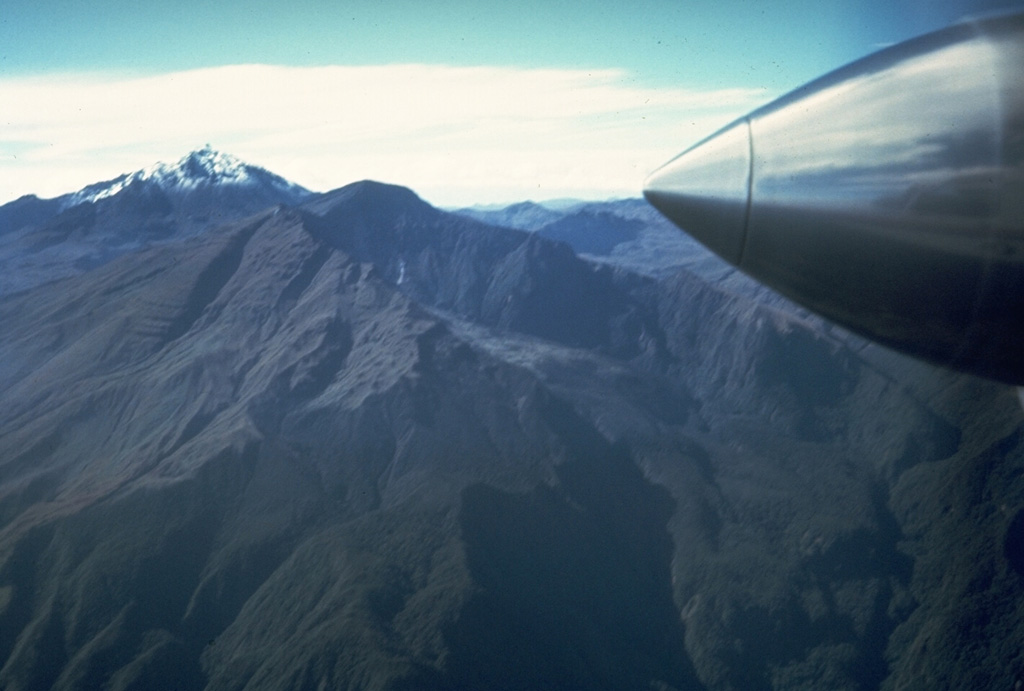 The summit of Cerro Negro de Mayasquer volcano is truncated by a caldera that is breached to the west. This view from the NW shows snow-capped Volcán Chiles at the upper left. Eruptive activity at these twin volcanoes has migrated to the west, with the most recent eruptions occurring from Cerro Negro de Mayasquer. A small crater lake is found at the bottom of the 900 x 1500-m-wide caldera. An eruption that was reported from the volcano in 1936 may actually have been from Reventador volcano to the SE. 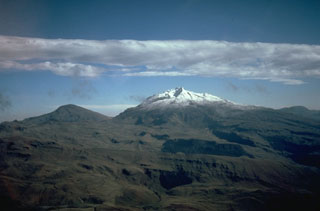