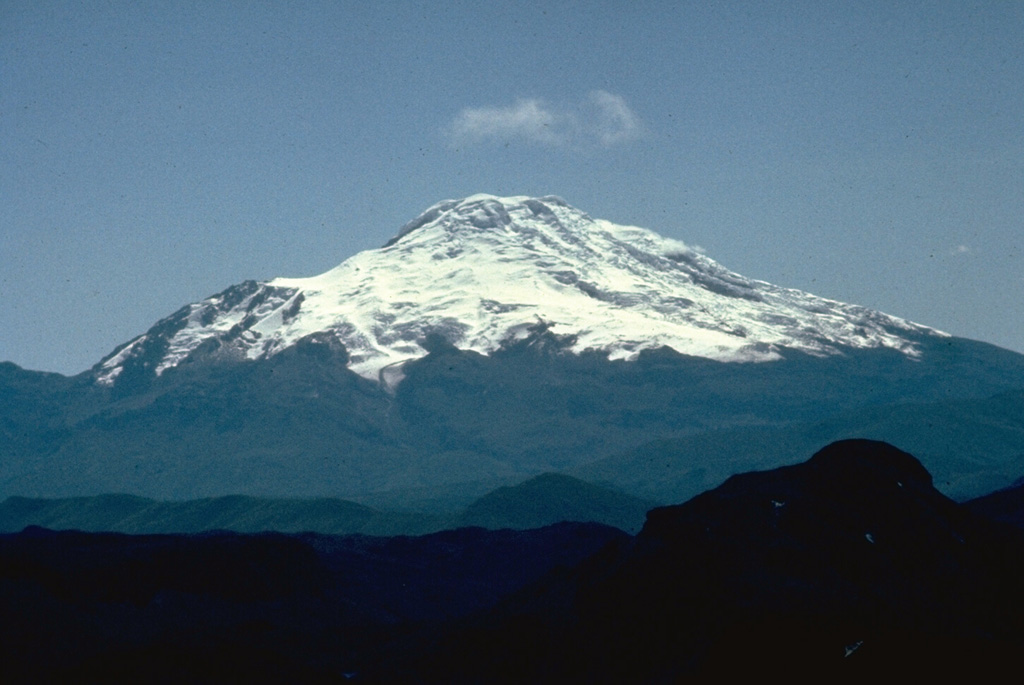 The massive compound Cayambe stratovolcano, seen here from the SW across Ecuador's Interandean Depression, is the northernmost of a chain of large, glacier-covered Holocene volcanoes along the western edge of the Cordillera Real. No historical eruptions are known from 5790-m-high Cayambe, although lava flows on the flanks of the volcano have very young morphologies. Pyroclastic-flow deposits of possible Holocene age are present.