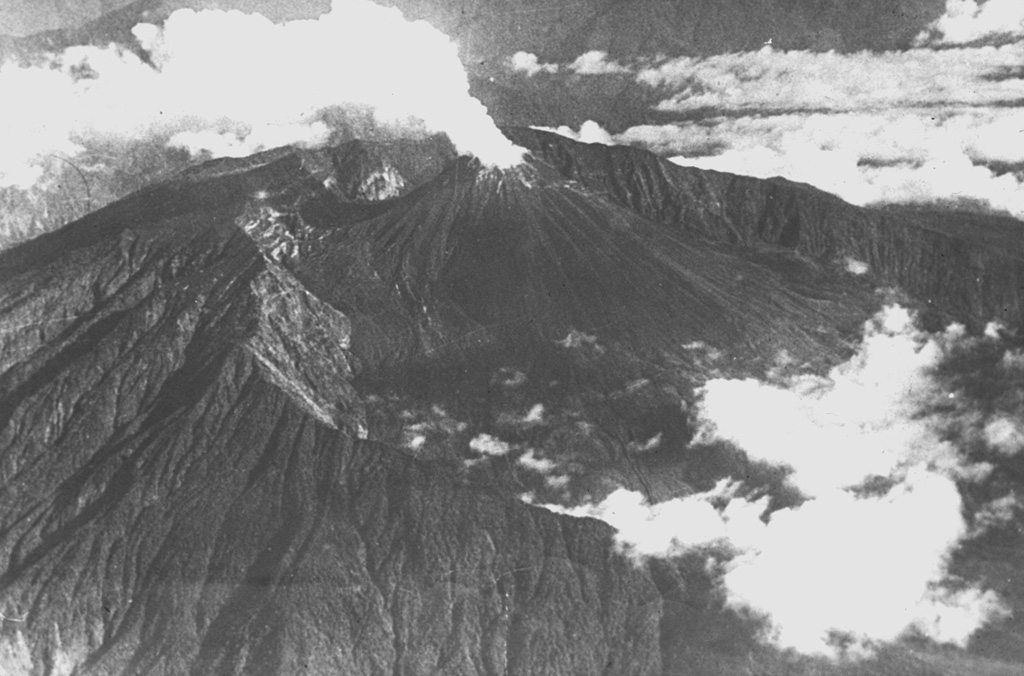 A steam plume, seen in a 1944 aerial view from the SE, rises above the summit crater of Reventador volcano. An eruption during February 24 to March 1, 1944 caused ashfall in the Andes and produced a lava flow down the Río Ouijos. The steaming El Reventador stratovolcano is nestled within the rim of an arcuate caldera that is breached widely to the east. It rises 1300 m above the caldera floor and is one of Ecuador's most active volcanoes.