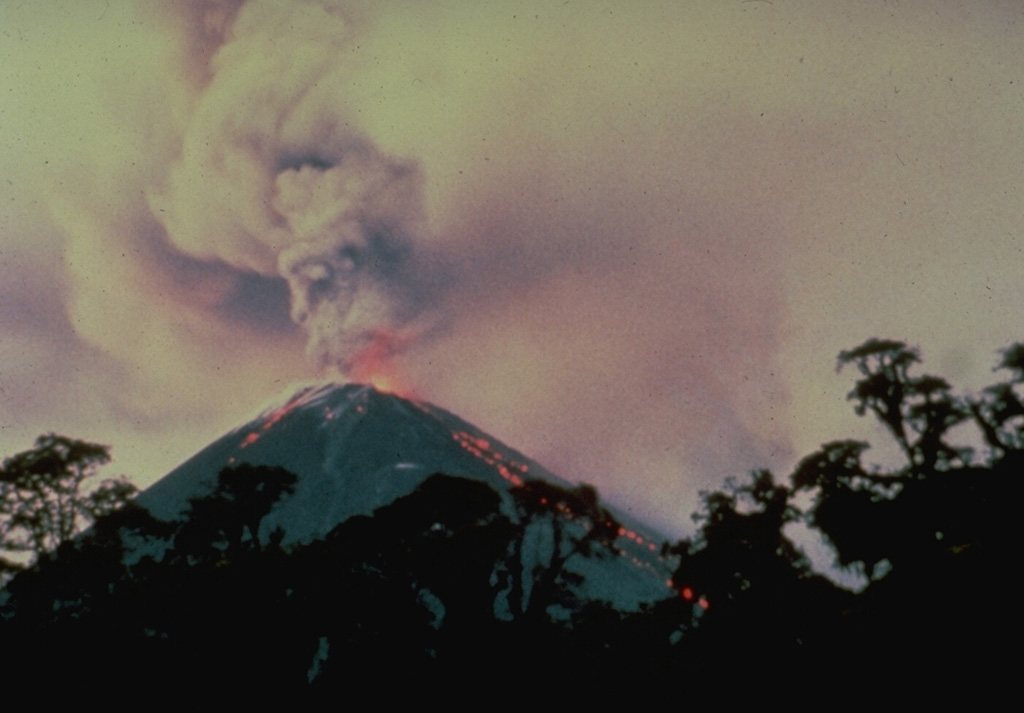 The 1976 eruption of Reventador volcano began on January 4 with explosions that sent ash west over the Amazonian jungle. At the same time lava flows from the summit crater descended the eastern flank of the cone. They split into several lobes and reached a length of 3 km before stopping at the end of the 3rd week of the eruption. Pyroclastic flows began between the 2nd and 3rd weeks and continued for several months, traveling at speeds up to 135 km/hr across the caldera floor. The eruption ended in May.