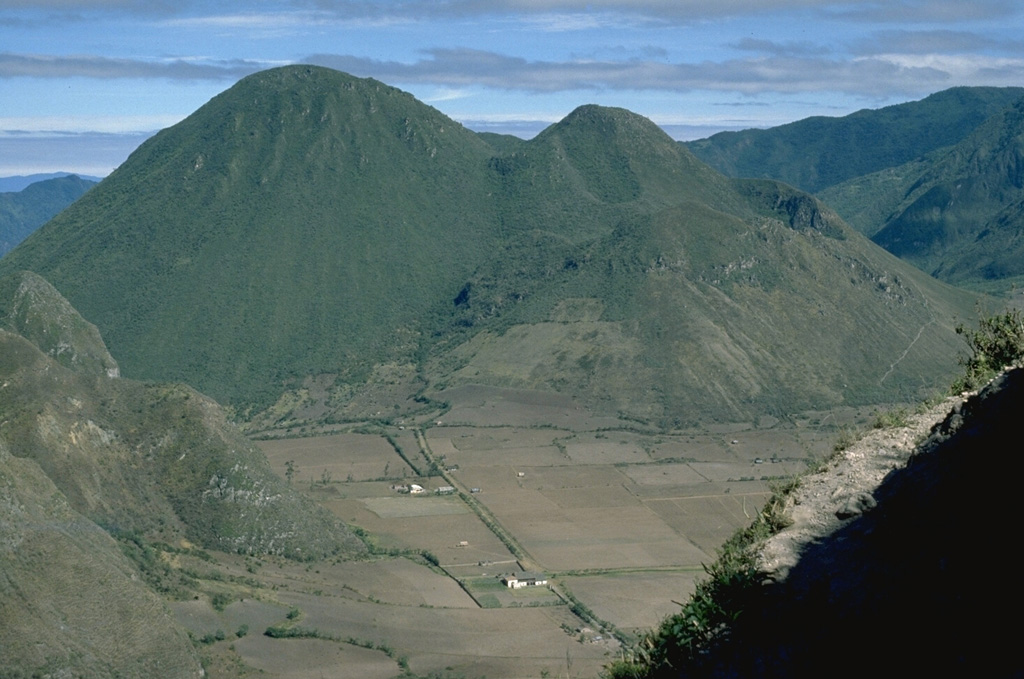 Pululahua is a relatively low-profile, forested volcano immediately north of the equator, 27 km N of Quito. Loma Pondona (left) and the lower Rumiloma (right center) are two of a group of lava domes that partially fill a 3-km-wide caldera. They are seen here from the SE caldera rim. The caldera was formed during the latest dated eruption about 2,400 years ago. Large explosive eruptions were accompanied by pyroclastic flows during the late Pleistocene and Holocene. 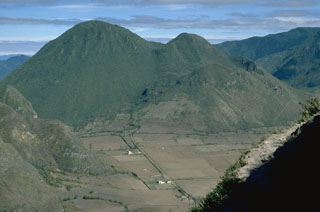