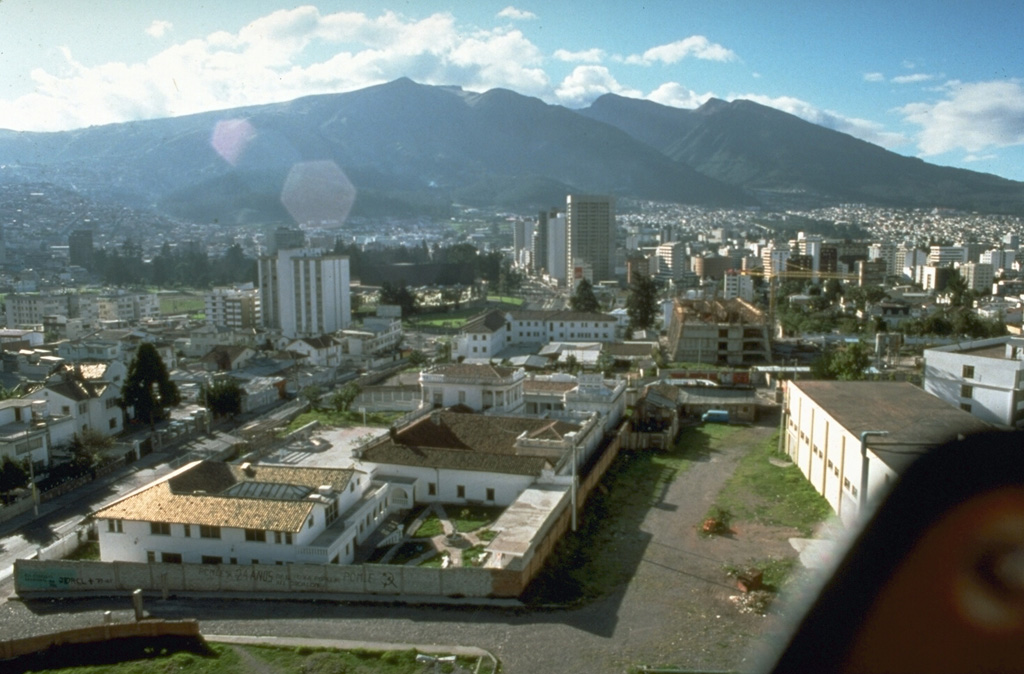 Guagua Pichincha volcano towers over Ecuador's capital city of Quito. The historically active vent of Guagua Pichincha is located within a large, steep-walled caldera that is breached to the west, in a direction opposite the city. This has served to funnel pyroclastic flows and mudflows away from Quito. Most historical eruptions have been relatively minor, although an explosive eruption in 1660 dropped 30 cm of ash on the city.