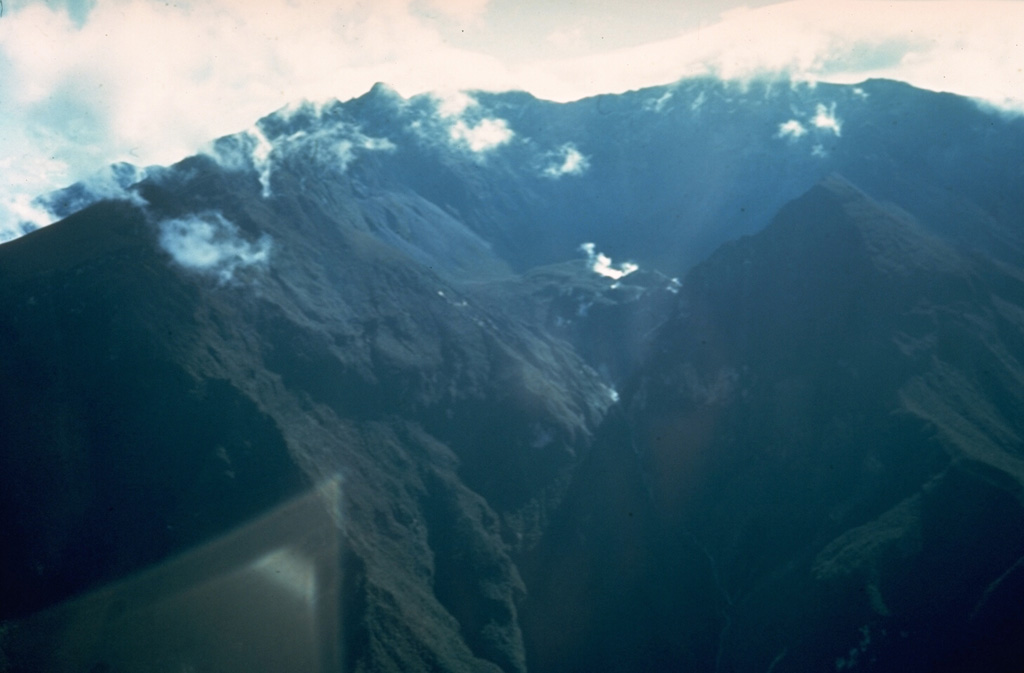 Fumaroles rise above a small crater (right center) at the base of the headwall of the 6-km-wide summit caldera of Guagua Pichincha volcano. The breached caldera seen here from the east was formed about 50,000 years ago. Subsequent late-Pleistocene and Holocene eruptions from the central vent in the breached caldera consisted of explosive activity with pyroclastic flows that accompanied periodic growth and destruction of a lava dome.