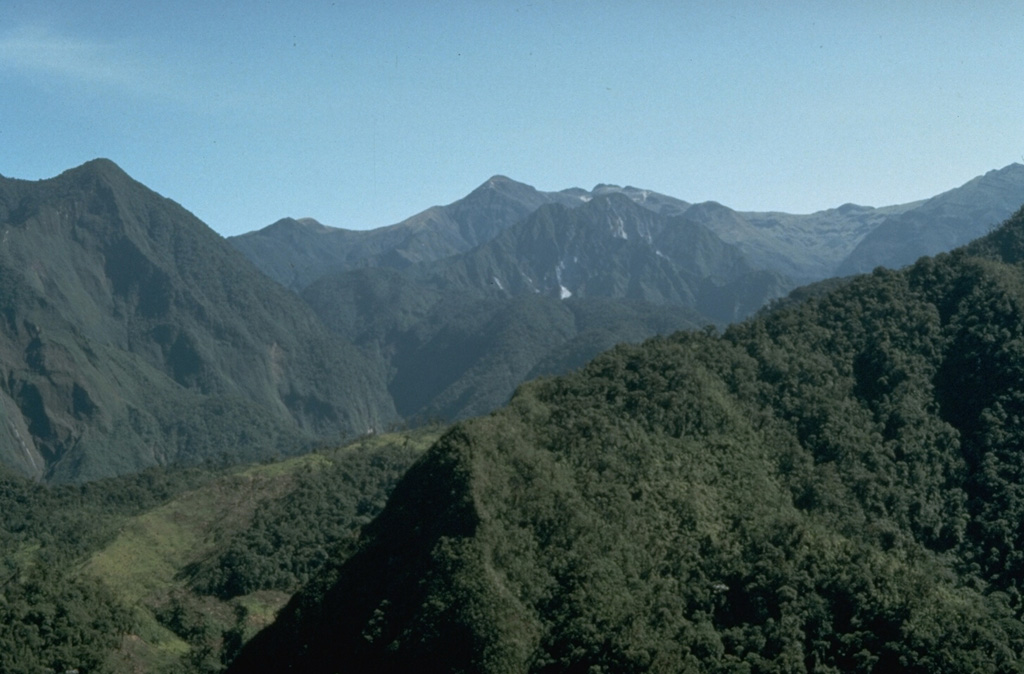 Atacazo stratovolcano, located 20 km south of Quito, is seen here from the west along the road to Guayaquil. The volcano contains a summit caldera that is partially filled by lava domes of Holocene age. Lava domes are also found on the SE flank. The only dated Holocene eruption took place about 2400 years ago, forming the Ninahuilca lava domes, the peaks below the center horizon. 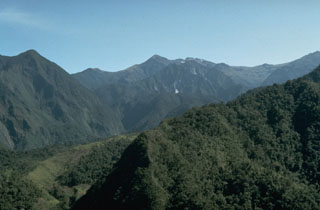