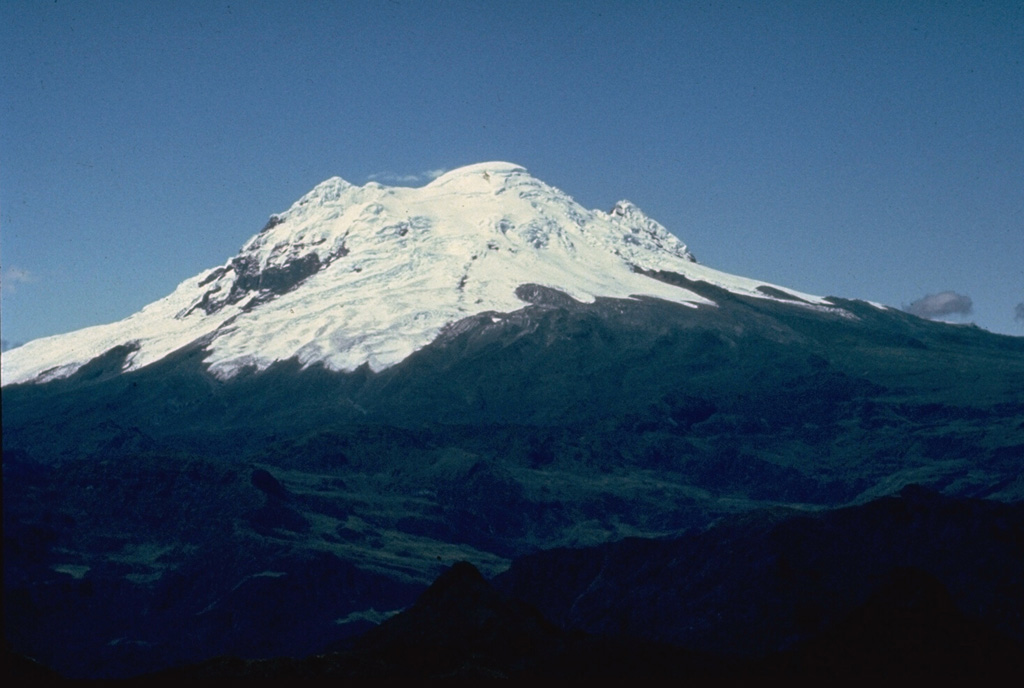 Antisana volcano is one of four massive glacier-covered stratovolcanoes constructed along a N-S line at the western edge of Ecuador's Cordillera Real. Its summit crater is breached to the SE, behind the summit in this view from the NW. Its only unequivocal historical eruption produced a lava flow from a NNE-flank vent at the beginning of the 19th century. 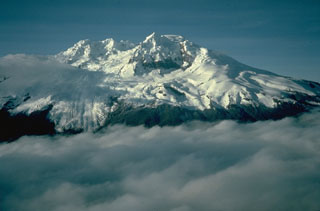