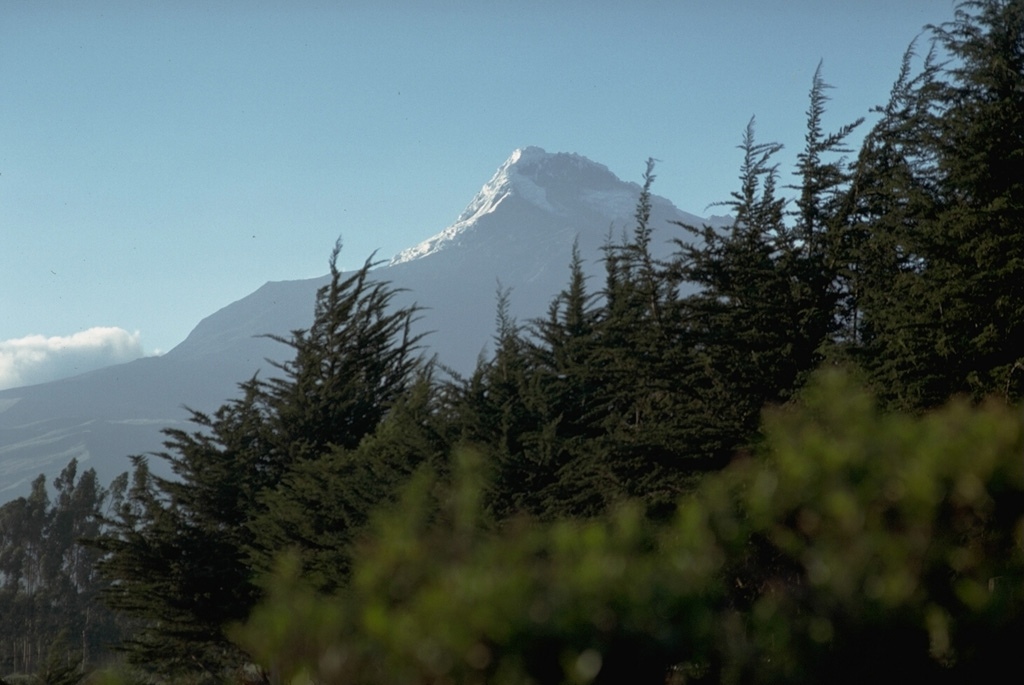 Illiniza Sur, seen here from the Interandean valley to its east, is the highest of the twin peaks of Illiniza volcano. A lava dome on its southern flank, Rasuyacu, erupted during the Holocene. Illiniza itself may have had relatively youthful eruptions, although none have been dated. 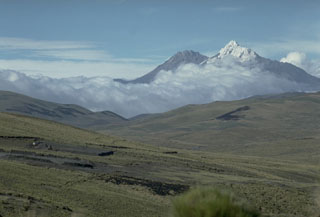